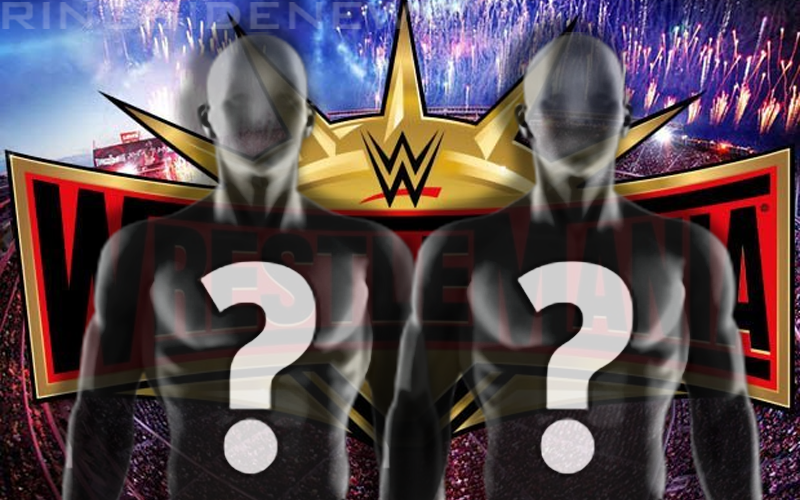 WrestleMania is going to be a very long show and it very well might be the longest event in the company’s history. However, there are going to be about 5 1/2 on the actual WrestleMania card. This means that certain matches will be relegated to the kickoff show.

The kickoff show is slated to start at 5:00 PM EST on Mania Sunday next week. With two hours to fill there will be some matches. It looks like one title match is already earmarked for one of those spots.

Dave Meltzer commented on Wrestling Observer Radio that the Usos’ SmackDown Tag Team Title defense will most likely end up on the kickoff show. This is interesting because their match is slated to be a four-corners match.

The Usos have also historically been kickoff show highlights. It might be nice to see them get some love and actually end up on the pay-per-view, but at least they will be able to get their match over with so they can relax backstage during WrestleMania and possibly consider what it will be like to become free agents in May.