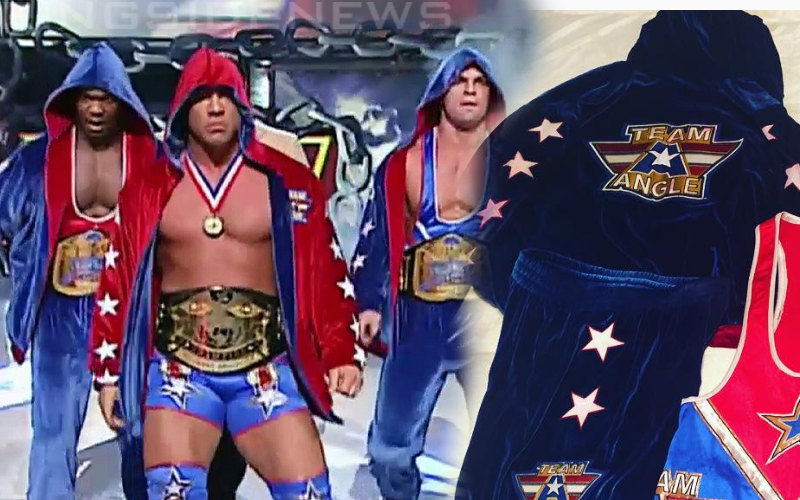 Kurt Angle is set to hang up his boots at WrestleMania, but he will never be forgotten. Two other men who couldn’t thank Angle enough for what he did for their careers is Shelton Benjamin and Charlie Haas, better known as Team Angle.

Benjamin is still around WWE as an active competitor. He actually wrestled a match against Seth Rollins a couple of weeks ago as a heavy brought in by Paul Heyman only to show up as one of Shane McMahon’s low-level heel cronies last week on SmackDown Live.

Benjamin sent out an Instagram message showing off his Team Angle gear. He still has it around and could always dust it off if WWE wanted him to. However, that window of opportunity seems to be closing fast.

He said it’s hard to believe that Team Angle’s captain will be retiring after WrestleMania. Time moves on, but it’s nice to know that Benjamin still has a few pieces of history in his closet.