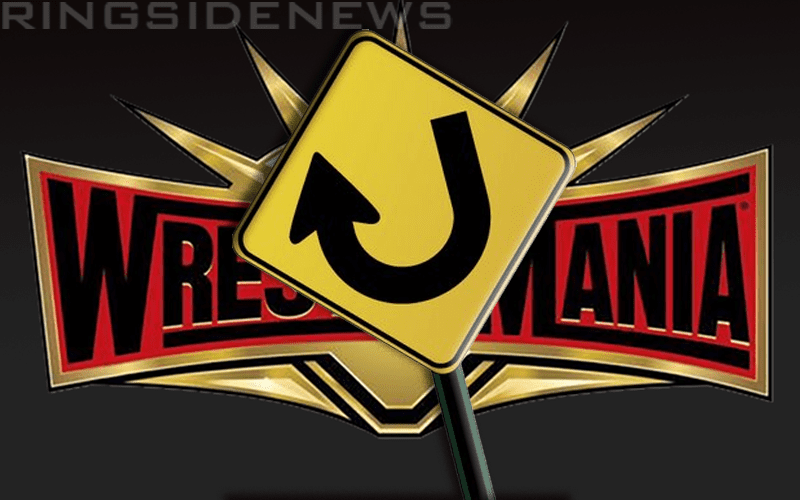 There is a rumor going around that the idea for WrestleMania’s close will see Becky Lynch become the RAW Women’s Champion and everyone will have a feel-good photo-op to close out the show of shows with all 4 Horsewomen as champions. Apparently, that isn’t likely at all.

Dave Meltzer commented on the F4WOnline Message Board about the rumored plan to have all 4 Horsewomen close out WrestleMania as champions. He had a very interesting tag on his response that would lead us to believe something very different is happening at WrestleMania.

“This is not happening, well at least as not happening can be with Vince changing his mind every hour. It makes no sense with the direction they are going.”

If Ronda Rousey retains the RAW Women’s Title that doesn’t give much of an opportunity at all for a 4 Horsewomen as champions moment. It will be very interesting to see if WWE pulls off a shocking “Brock Lesnar moment” with Ronda Rousey because everyone assumes that she is out of the company following the show of shows, but you never know what Vince McMahon can arrange behind closed doors. Therefore, Rousey could always retain.

Another situation could be Charlotte Flair winning the match and becoming a double champion. That could be a real twist as well and WWE kind of hinted at that earlier today.

Either way, it doesn’t seem like this little clue from Meltzer is giving a ton of hope for Becky Lynch pulling off the win. Then again, with the way Vince McMahon changes his mind on an hourly basis anymore you never know what he’ll come up with next.