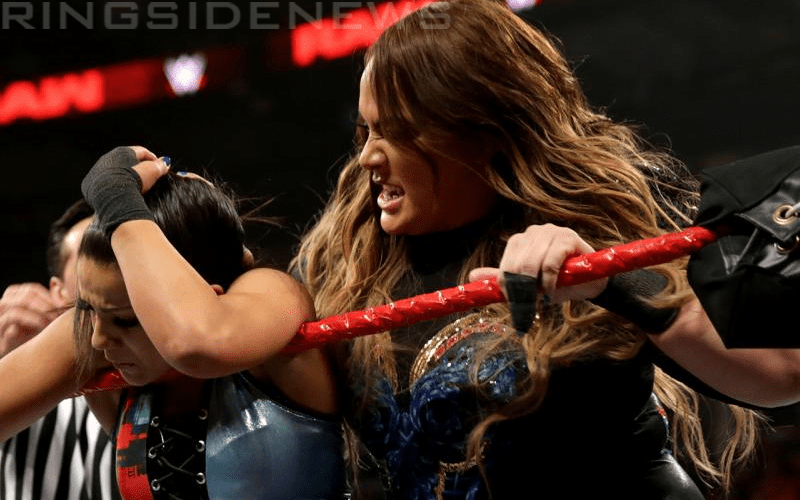 Nia Jax has her own special way of communicating with the fans. She has plenty of haters, but knows exactly how to handle them. She has dispatched of more than a few haters in recent months and she just checked another of her list.

One fan tweeted out about Nia Jax saying: “With the 8 women tag team match on RAW I hope and pray that Nia Jax doesn’t INJURE someone!” The Irresistible Force had a reply and apparently, she’s not making any promises.

well watch and see what happens

We will be watching on RAW this week. It would be pretty unfortunate for Jax to injure someone else on the go-home RAW before a major pay-per-view, especially when she has a title match at the show of shows. Hopefully, she’ll stick the the rule WWE gave her that she can’t throw a punch.