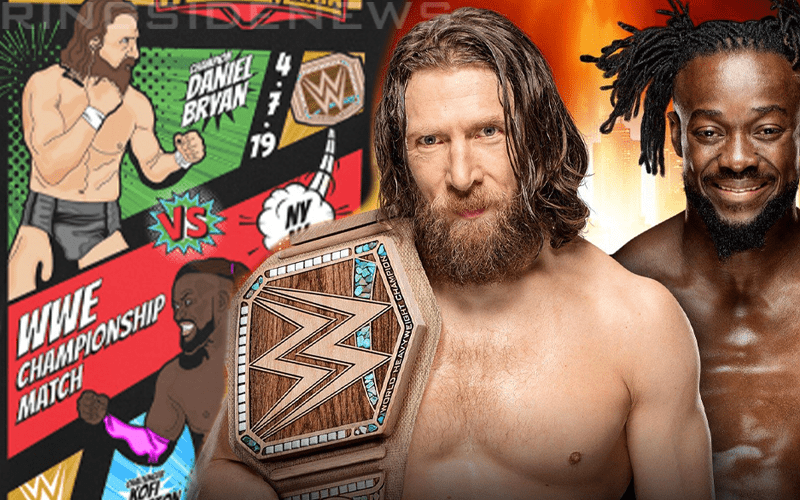 Kofi Kingston will get his chance to become WWE Champion at WrestleMania 34. This is going to cap off a storyline that made a real hero out of Kingston and WWE’s official WrestleMania merchandise seems to reflect that fact as well.

WWE Shop put up the official WrestleMania 35 match t-shirt for Daniel Bryan vs Kofi Kingston. The back is done up to show off their stats as most Mania t-shirts do when they’re centered around one specific match, but fans can’t stop talking about how great the front looks.

It really shows that WWE had plans to make this match happen for a while. So even when Vince McMahon was tormenting Kofi on a weekly basis and dangling a big WrestleMania moment in front of his face like a carrot on a string this match was still in the works.

You can check out the design below to see what all the hype is about. You also never know when this kind of shirt will sell out as WWE Shop often pulls a ton of merch off their website when they travel to Axxess.