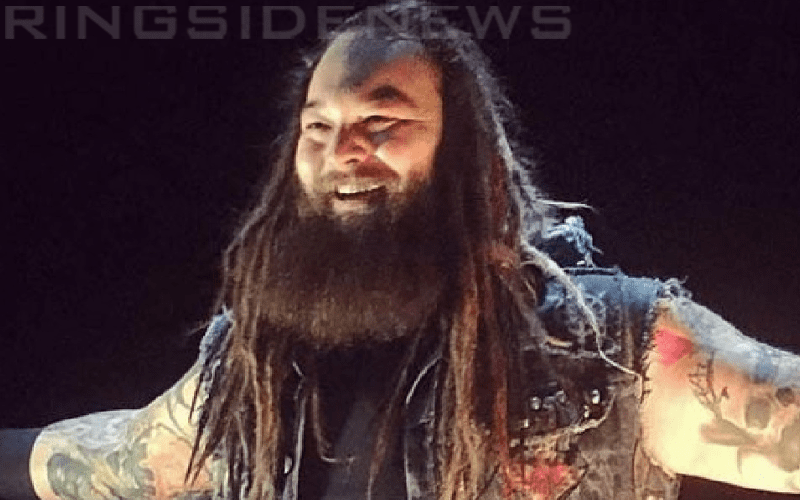 Bray Wyatt has a lot going on right now. With WrestleMania coming up soon fans are anticipating that his in-ring return will be soon, but there is no real sign of that happening just yet.

He is currently assisting his very pregnant girlfriend WWE ring announcer JoJo Offerman as she is about seven months pregnant with the couple’s first son Knash. He has a reason for picking his name for their child, but he doesn’t have much of a response about WrestleMania.

TMZ recently asked Wyatt if he would be down to wrestle Rob Gronkowski at WrestleMania. As part of that response, The Eater Of Worlds said that he wasn’t sure if he’ll even be at the show of shows this year.

“It depends on if I’m at WrestleMania or not”

Judging by the smile on Bray Wyatt’s face he might know something, but he’s certainly not telling anyone. This is common for the Eater Of Worlds as he often has the whole world in his hands, but it’s up to him on whether he lets people in on his deepest secrets.