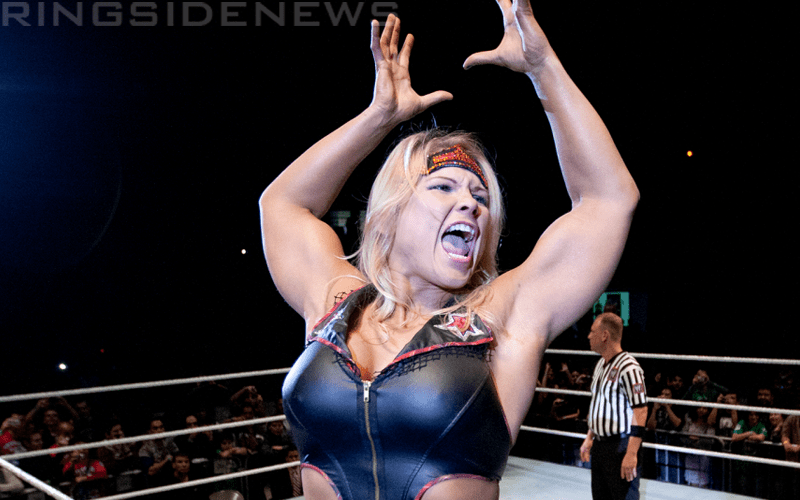 WrestleMania is almost a week away and next week’s RAW will feature a lot of momentum for the show of shows. One of those big matches was just announced by WWE and it will see Beth Phoenix compete on RAW for the first time in 6 years.

Phoenix is set to reform the Divas Of Doom in a WWE Women’s Tag Team Title match at WrestleMania. This is a big match for her to make a return, but there will be three other teams vying to take them down.

Next week on RAW, The Divas Of Doom will team with the Boss n Hug Connection to take on the heel teams of Nia Jax and Tamina and The IIconics. This also means that Peyton Royce and Billie Kay will be wrestling a rare match for the red brand.

We will have to wait and see how WWE books this match, but no matter how well Sasha Banks, Bayley, Natalya, and Beth Phoenix get along they will still be adversaries at WrestleMania.