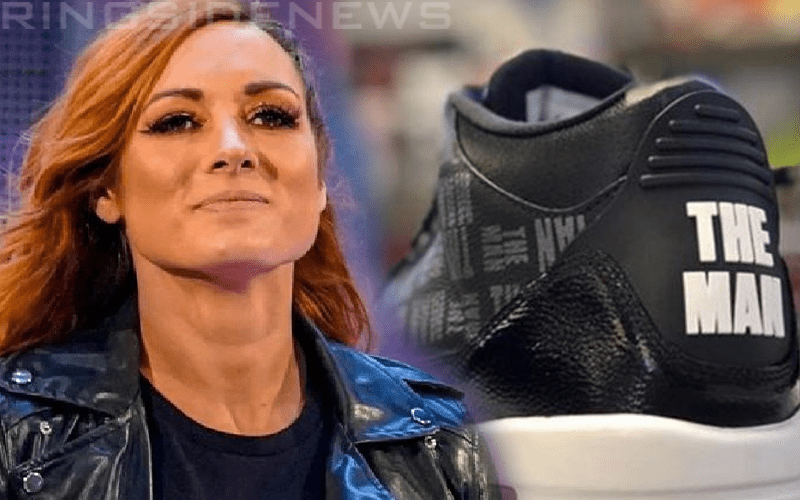 Becky Lynch is The Man and rolling into a big match at WrestleMania. She could also be doing it with some nice footwear too.

Custom shoe designer Mache whipped up some custom kicks for The Man. He even got to hand deliver them to the first-ever SmackDown Women’s Champion.

Last night at Smackdown live THE MACHE made a special delivery to my friend THE MAN @beckylynchwwe. Did up some 3s covered in “THE MAN” print in gunmetal along with contrasting patent panels and @beat2heatrestorations custom heel tabs to tie it all together. Wrestlemania can’t come soon enough

It’s not clear if Lynch will be rocking these new shoes at the show of shows, but it will certainly give her some comfy footwear to walk around in during WrestleMania weekend as she is sure to be doing a lot of traveling around for media commitments.