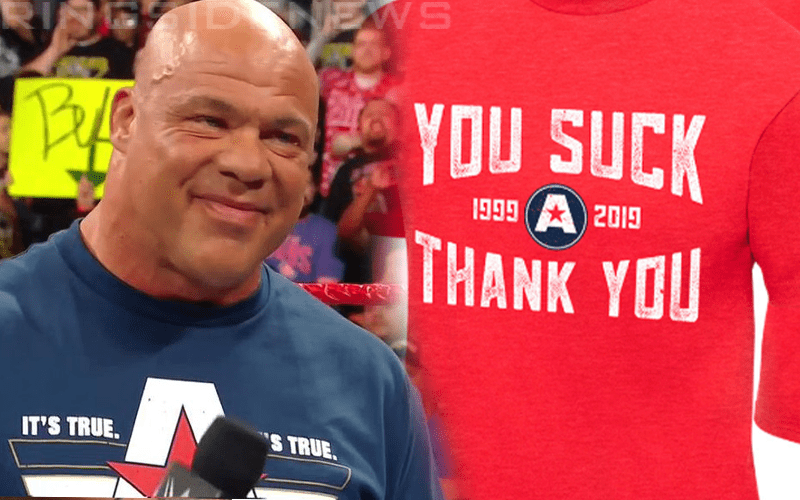 Kurt Angle’s career will wrap up at WrestleMania 35. His final in-ring match will be against Baron Corbin if he stays retired and the pro wrestling world is already trading their favorite Angle memories.

To celebrate Angle’s retirement WWE just released an official “You Suck/ Thank You” t-shirt for the WWE Hall Of Famer. It is a rather simple design, but that is the style WWE often goes with.

The fact that fans chant “you suck” at someone they love and respect might be puzzling for anyone outside of the WWE Universe, but that is just how it has always worked for Angle. He plugged the shirt today so obviously he approves of the design.

You can pick up your own “you suck/ thank you” Kurt Angle shirt to remember how upset you were about Baron Corbin ending Angle’s career at the show of shows. Because if WWE’s track record of getting heat is any indication of things, Baron Corbin will be extremely hated by the time WrestleMania is over.