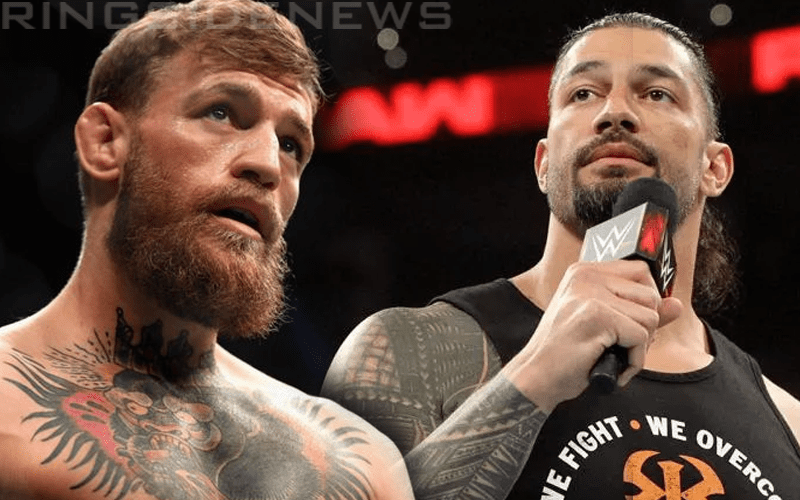 Conor McGregor retired from MMA just a few days ago, but he hasn’t stopped training at all. This could be a tactic to get more money out of his next fight, but WWE fans are always wonder if Vince McMahon’s wallet could be in play.

Roman Reigns appeared on ESPN Deportes where he was asked about Notorious joining up with WWE. He had a very interesting answer, but had to admit how much talent McGregor has packed in his smaller body.

“We got the best spot on 205 Live. He is a cruiserweight, no doubt, and we’ll let him go in there and flip with all those guys.”