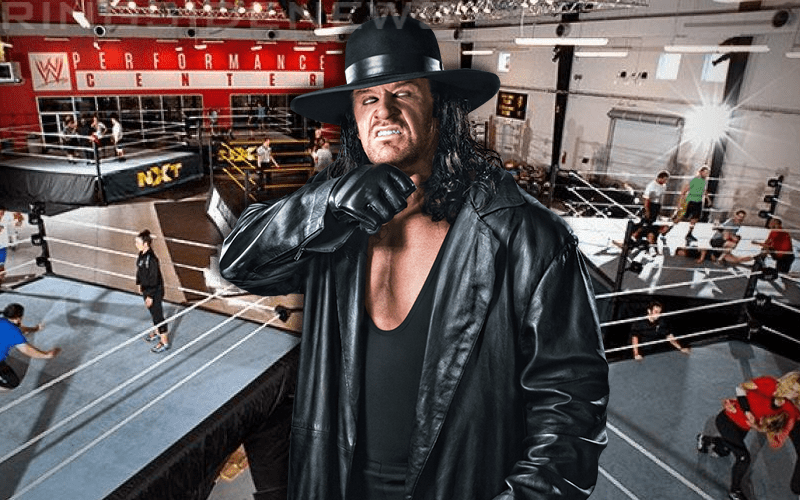 The Undertaker is always an interesting person. He was spotted at the WWE Performance Center last week and a lot of fans suddenly got very hopeful that we could be seeing a return of The Dead Man at WrestleMania.

Although you never know what can happen in WWE, The Undertaker is not expected for Mania this year. We previously reported that this decision actually surprised some WWE employees. He is reportedly booked for the next Saudi Arabia event in May.

This is a great spot for both of them to be in as they can provide a wealth of experience. Maybe this was just a guest trainer spot for now, but you never know if WWE could offer The Undertaker and Michelle McCool roles as trainers on a more regular basis. It is unlikely that they will move out of Texas because they love it there, but the same was said about Shawn Michaels and he is now a full-time WWE Performance Center employee.