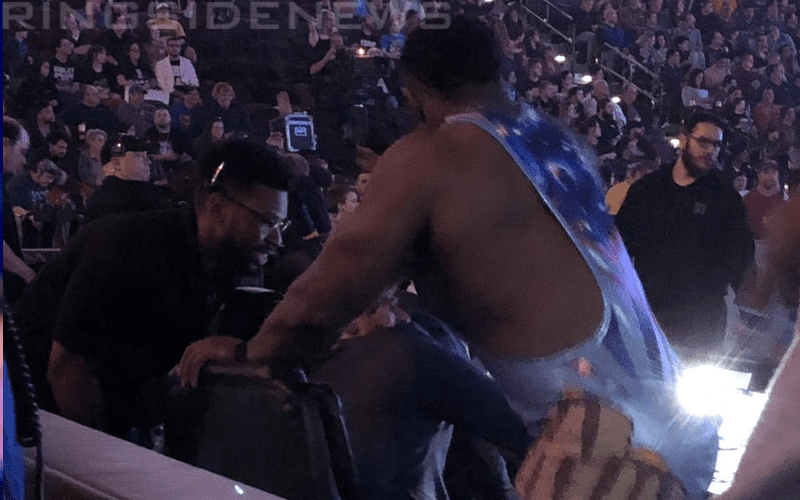 Big E was in the middle of fighting for Kofi Kingston’s WWE Title shot, but that didn’t mean that he couldn’t have some fun in the process. Big E jumped over to the announce table and hit Corey Graves with a wet finger in the ear, better known as a Wet Willy. One lucky fan was able to capture the moment as it happened too.

Corey Graves couldn’t help but comment about this action from Big E. You have to give E credit for always finding the time to enjoy himself no matter how serious the moment might be.

The man was fighting for Kofi’s dream and STILL had to mess around. I like to think that my inner ear is where @WWEBigE found his luck.


Big E and Xavier Woods did win the match and Graves would like to think that his ear gave Big E that extra something to help get the job done. Kofi Kingston might have this Wet Willy to thank, but it might not matter to him because at least it bought him a ticket to a WWE Title match at WrestleMania.