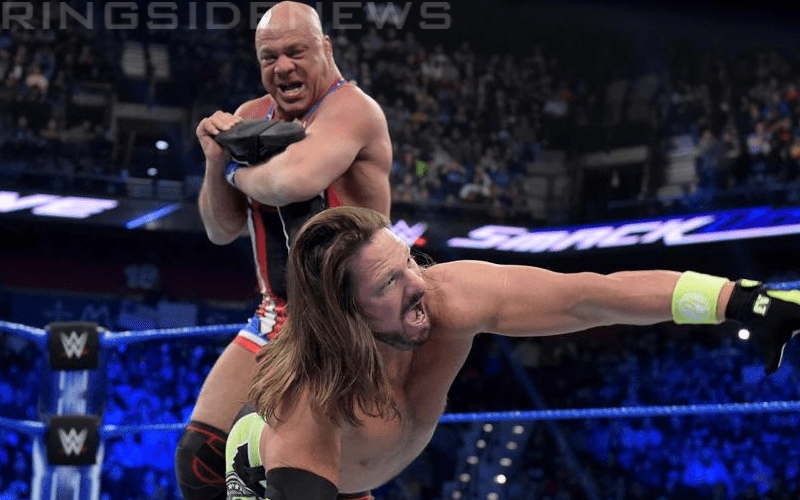 Kurt Angle wrestled AJ Styles on SmackDown Live last night. Their match was ended extremely prematurely by an interference from Randy Orton, but there might have been more of a reason for this.

Dave Meltzer discussed Kurt Angle’s SmackDown Live match during Wrestling Observer Radio. There is a reason why AJ Styles and Angle seemed to rush only to do their signature moves, because Angle can’t do much more than that.

“I’m sure he’s not [feeling good] I’m sure that’s part of that reason. You know it really has been a huge mistake for Kurt to be doing these TV matches because I think that the interest in his retirement match has gone way, way down every time you see him where it’s just like, ‘Ah… it’s not a good feeling.'”

Kurt Angle’s body is breaking down which is why he has to retire. He will get his matches on television in the meantime which he handpicked. So you know that he will be wrestling in them all.

Angle is slated to face Rey Mysterio on RAW next week as well. His match last night was promoted as Angle’s final blue brand performance, but you never know if he could show up on SmackDown Live next week for one more televised match before the show of shows.