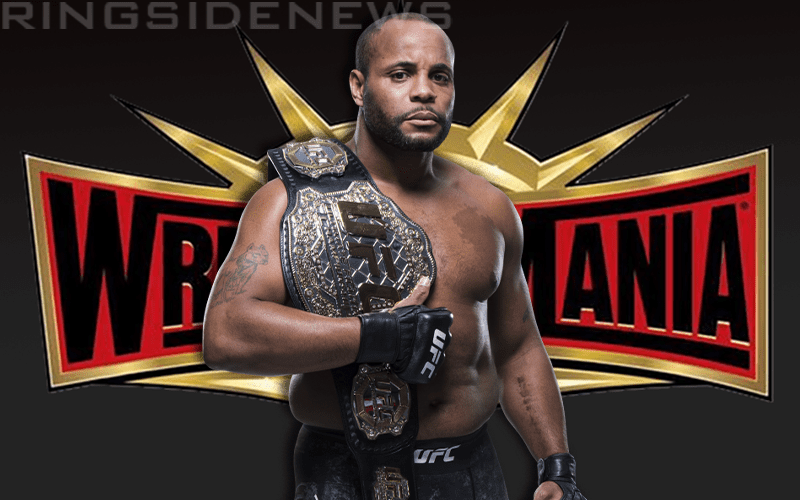 Daniel Cormier has a bone to pick with Brock Lesnar and he recently teased that he might show up at WrestleMania and get his revenge. After Cormier threatened to cost Lesnar the Universal Title the internet exploded, but there is no reason to get all excited.

Brad Shepard said on Oh, You Didn’t Know that if they are even aware that Cormier said this, WWE is not currently considering taking him up on the offer to appear at the show of shows.

“There has been no talk of Daniel Cormier showing up at this point despite that tease online.

DC did talk about working for WWE as an analyst or host for a talk show. That might be a better fit seeing how he wants to get into broadcasting. You never know if Vince McMahon could offer him a ton of money to work a match, but it’s apparently not happening at WrestleMania.