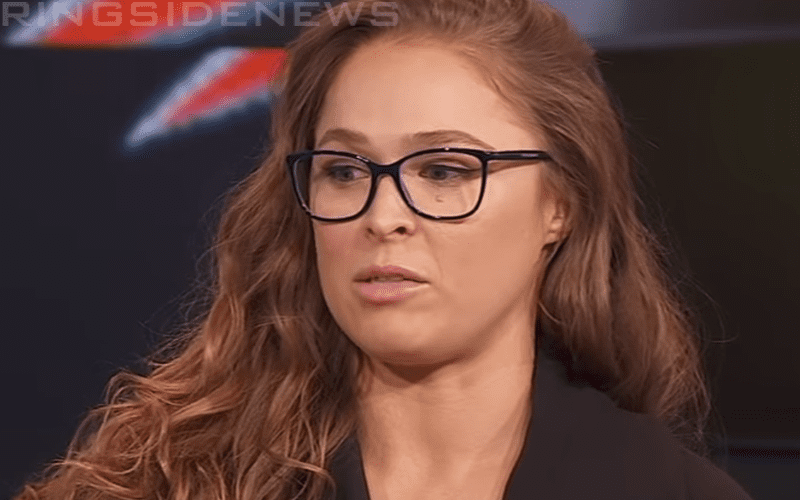 Ronda Rousey’s character in WWE isn’t holding anything back now and it looks like she took that mindset when she appeared on ESPN as well. The RAW Women’s Champion followed up Becky Lynch and Charlotte Flair’s glowing words with some of her own that weren’t so positive for WWE if you break it down.

Rousey spoke of the momentum the women have as they roll into WrestleMania. However, she couldn’t help but to throw in a jab at WWE for copying the Women’s Revolution like they copy everything else.

“It’s incredible the amount of momentum that we’ve been able to generate in a year. What is happening in WWE is really a parallel for everything that’s happened culturally around the world. The WWE copies everything else that is happening like the women’s evolution and revolution [and] every industry out there.”

Rousey spoke the truth because women have really been dominating sports for quite a while. It is just that WWE getting on the bandwagon is making a lot of noise thanks to their public relations machine. That is why they were on ESPN in the first place.

We will just have to see what happens at WrestleMania. It’s hard to believe that WWE is 100% okay with Ronda Rousey saying this kind of thing, but it is certainly getting attention.

Thanks to Wrestling News for the transcription