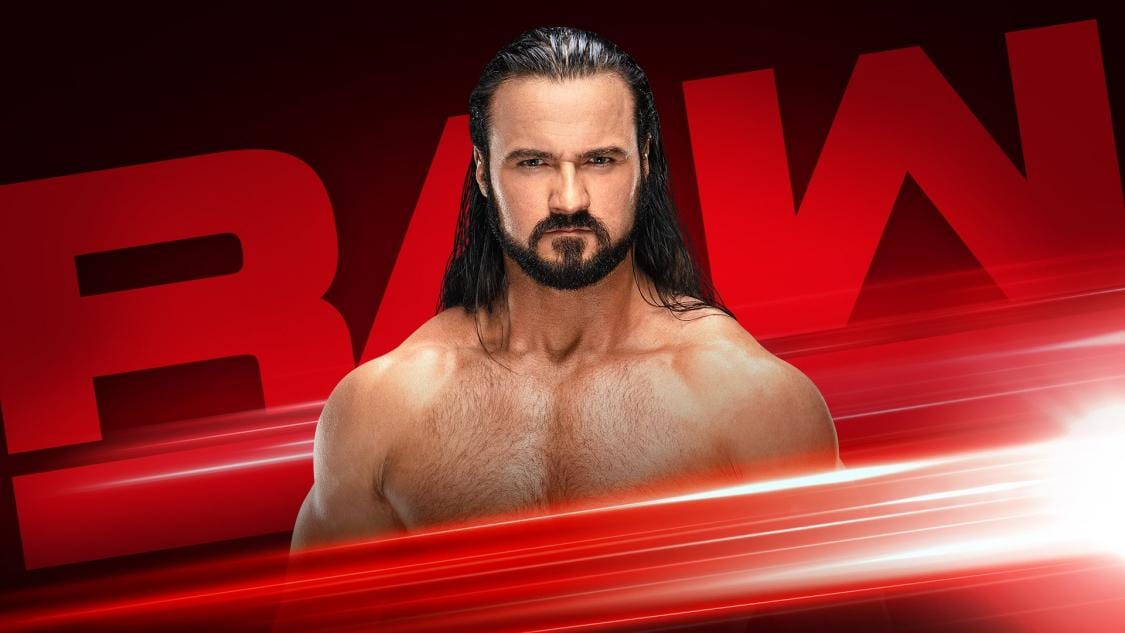 WWE heads to the TD Garden in Boston, MA for tonight’s episode of RAW. Below are the focus points for the show.

Fight or flight
It seemed for a while like Drew McIntyre’s claim to have singlehandedly broken The Shield was just posturing, but The Scottish Psychopath has now beaten two of the three Hounds of Justice and left the third, Roman Reigns, in such a heap he couldn’t make last week’s show. McIntyre leveled an official WrestleMania challenge at The Big Dog in the hopes of completing the trifecta, and while Reigns has yet to address the challenge, the clock is ticking. Now the former Universal Champion, who only just returned to the ring after his battle with leukemia, finds himself with a poignant decision: Accept the challenge and defend his brothers’ legacy, or decline and all but concede that someone else runs his yard.

The Phoenix Saga
Beth Phoenix offered to end her retirement and challenge The Boss ‘N’ Hug Connection for the WWE Women’s Tag Team Championships at WrestleMania, but the title picture isn’t quite that cut-and-dry. Nia Jax & Tamina are still lurking around the edges and The IIconics pinned the champs on SmackDown LIVE, not to mention the match isn’t even official yet. The Glamazon’s obviously been putting in the work and her big gambit might yet pay off, but with a long hiatus behind her and a crowded field in front of her, the WWE Hall of Famer’s return could just as easily flame out before it starts.

The farewell tour continues
Like the headline says, Raw will play host to the next stop of Kurt Angle’s last ride through the WWE Universe before he faces Baron Corbin at WrestleMania and hangs up his gold medals for good. The Olympic Hero has not been shy about testing himself on the way out, tussling with uber-talented rising stars like Apollo Crews and Chad Gable, who took Angle to the limit on last week’s show. Who will he select for his final foe in Boston

Family affair
When Ronda Rousey said she was going to throw out the rulebook in the final push to WrestleMania, she really meant it: One week after slugging an official, The Baddest Woman on the Planet brought her husband, Travis Browne, to ringside and he didn’t hesitate to get involved in another scrum following Rousey’s evisceration of Dana Brooke. In fact, both Rousey and Browne laid out a member of the security squad hired to prevent further incidents. Rousey’s last infraction resulted in an undisclosed fine. Now that she’s bringing civilians into the fray, there’s no telling what repercussions await … if any.

One “Giant” leap
Braun Strowman officially became the first entrant into the sixth Andre the Giant Memorial Battle Royal this past Monday, citing a general desire to beat up everyone he lays his eyes on thanks to the foul mood brought on by his interactions with “Saturday Night Live’s” Colin Jost and Michael Che. The Andre is, of course, open to any who are interested in participating, so it’s possible that a few more Superstars throw their hats into the ring this Monday. Then again, the idea of tussling with an angry Strowman might seem a little too risky for even the boldest of the Team Red talents. Speaking of Strowman …

It’s been one week
Hoping to prevent a scene at The Show of Shows, WrestleMania host Alexa Bliss boldly inserted herself into the drama between Strowman, Jost and Che. Cashing in on her Team Little Big goodwill, The Goddess secured a one-week armistice between The Monster Among Men and the “Weekend Update” anchors, who will also be serving as WrestleMania’s Special Guest Correspondents. Strowman agreed to give Alexa the time to broker peace, but the clock strikes midnight on Monday, and Bliss will be hard-pressed to secure the desired results, or simply hope for the best come April 7.