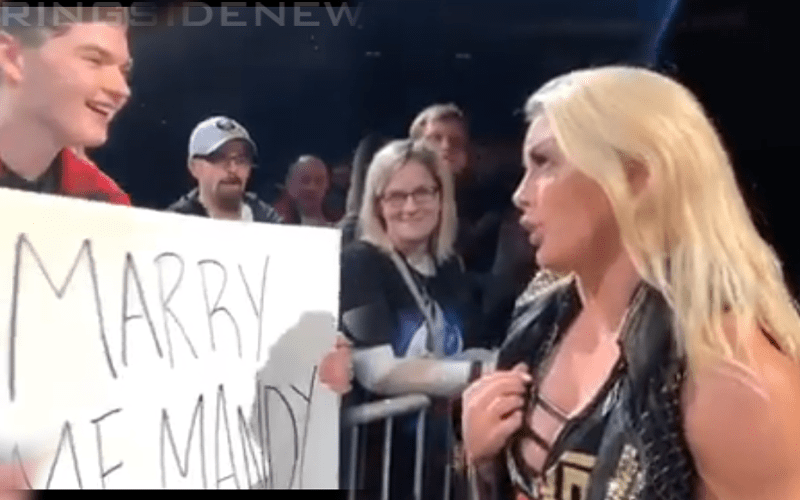 Mandy Rose might be the Golden Goddess in WWE, but she is focused on Asuka right now. After all, there is a big match on Tuesday which could see her in another title match against the Empress of Tomorrow at WrestleMania.

At a recent WWE live event, Mandy Rose came out and spotted a fan right on the aisle who had a sign for her. The sign proposed marriage and she asked who wouldn’t want to marry her.

“There’s nobody that doesn’t want to marry you becauase you’re amazing!” the plant replied.

Then Rose turned her attention to the camera and cut a promo on Asuka. It looks like she is going to remain focused as WWE keeps pushing her up the card.

You never know what can happen at the show of shows, but Asuka lost last year at WrestleMania and she could very well do it again.

Mandy Rose will have to defeat her friend Sonya Deville along with Carmella and Naomi if she wants a shot at Asuka’s title. Or they could end the match in such a way where Asuka is set up with multiple opponents. We will have to wait and see. Either way, Mandy’s not thinking about marriage right now.