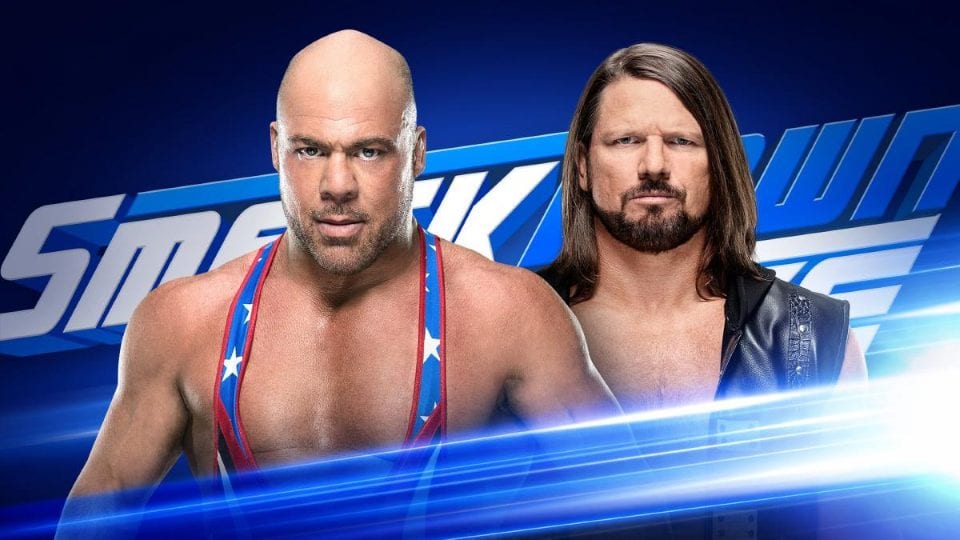 Kurt Angle is in the middle of his farewell tour and it looks like he is stopping by SmackDown Live to have what is bring promoted as his final match on the blue brand. He is squaring off against AJ Styles, however, that match is not set in stone.

With the way WWE keeps changing their plans on SmackDown Live you never know what can happen. Bryan Alvarez noted on Wrestling Observer Live that it is possible WWE could end up not having that highly-anticipated match.

Kurt Angle is set to face Baron Corbin at WrestleMania. That is still the plan. We will have to wait and see if the fan’s pressure has caused them to change that, but they’ve carried through with other decisions before no matter how much the fans protested.

Tune in to SmackDown Live and you might see AJ Styles vs Kurt Angle, then again, you might not. If WWE wants to change the match to something else then they will. The thing we can be relatively sure of is that Styles vs Angle is not happening at WrestleMania because AJ is already booked in a match against Randy Orton.