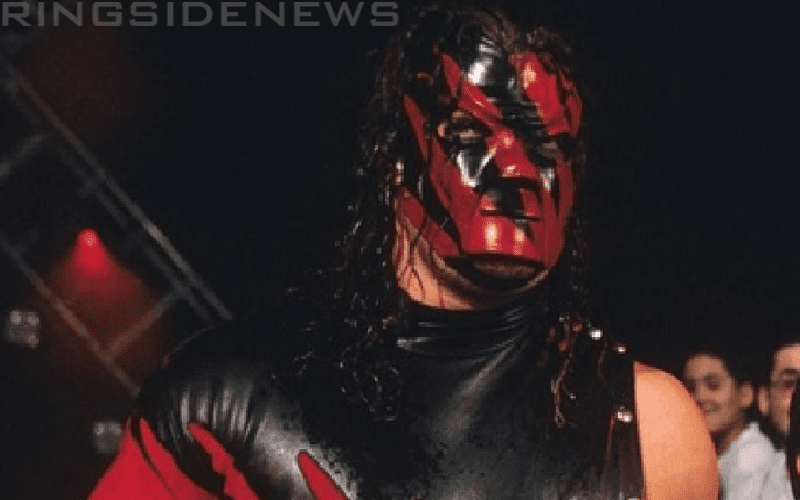 Who knew Kane was a superhero? Apparently, the plan was to have him wear a cape while he made his way to the ring. It’s a good thing that he dropped that idea because it might have been caught on fire eventually.

An old video has surfaced from 1997 showing the Big Red Mayor in his OG WWE ring attire. It is hard not to notice the cape. Obviously, WWE decided to ditch that look before his debut at Badd Blood.

By the time Kane was ripping the door off of the Hell In A Cell during that match’s debut, the cape was gone. Thankfully, we have this video footage to remind us of what almost was.

Kane has been through many different looks in his life. After all, he once played an evil dentist. It’s unclear why Kane dropped the cape, but it’s hard to imagine how long it would have stuck around once he made it on television with it in the first place.

You can check out our Instagram page to see what we’re talking about. It’s amazing footage.