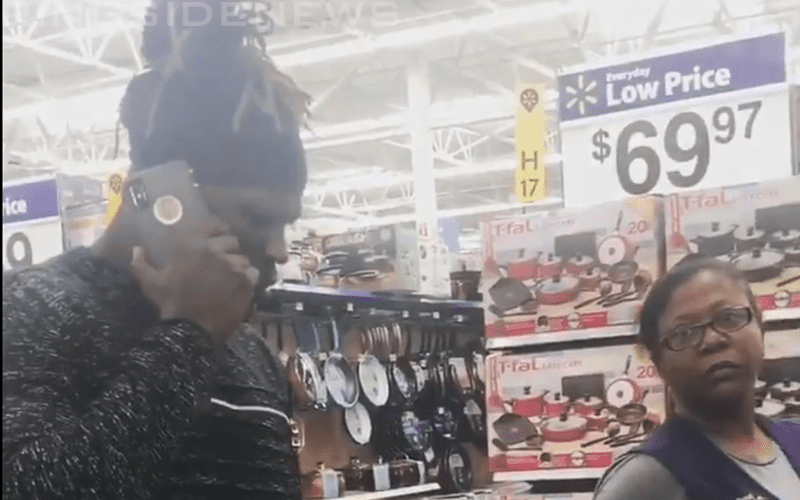 R-Truth has made a habit of putting out some pretty entertaining viral videos recently. While he was WWE United States Champion, he took full advantage of looking like a real-life action figure. Now he is continuing this tradition by ribbing strangers in public.

Truth released a video of himself walking up to strangers in Walmart and asking them to hold an item for him. Then he will just walk away leaving the stranger to hold the item he just handed them. It is very juvenile, but also effective in being hilariously awkward.

The looks he gets after walking away might actually be the same kind he got from fans after winning the WWE United States Title. Obviously, R-Truth loves having fun with people and this proves it.

You never know if R-Truth could be filming a pilot for his own prank show. Either way, we certainly enjoyed this little piece of business.