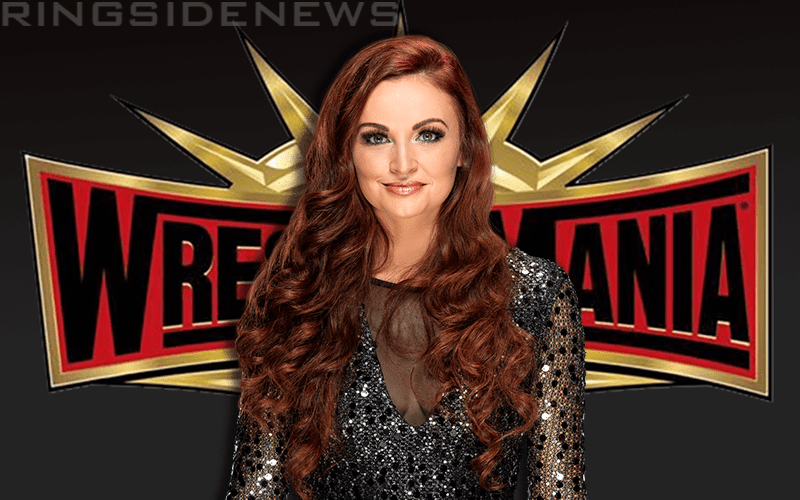 Maria Kanellis and Mike Kanellis are still on 205 Live as they attempt to make an impression on that brand. However, it hasn’t really translated in the best positions for them on the card. Maria plans on changing that at WrestleMania.

One fan sent a tweet at Maria Kanellis saying that they believe in the Power Of Love at WrestleMania. Maria had a pretty interesting response to this as she plans to be working twice on April 7th.

We can only assume that Maria Kanellis is referring to the two battle royals slated for the show of shows. The WrestleMania Women’s Battle Royal match has yet to be confirmed so we will have to wait and see if they end up having that match. Either way, Maria Kanellis is seeking to make an impact in MetLife Stadium in one way or another.