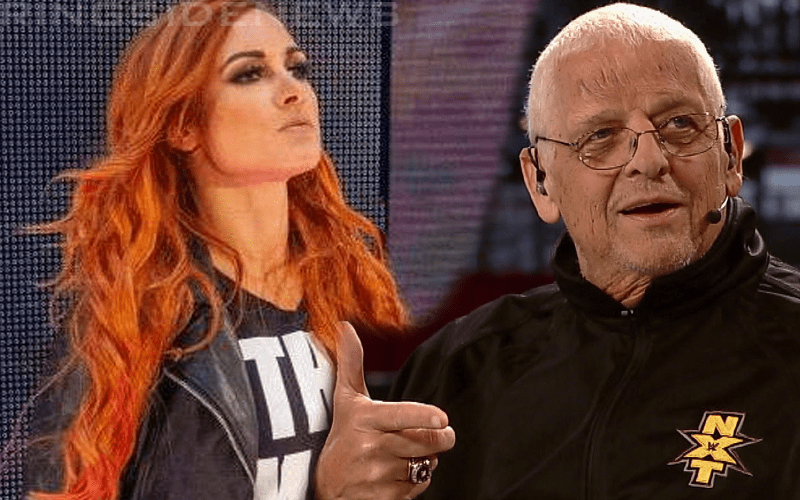 Becky Lynch is set to face Ronda Rousey and Charlotte Flair in the WrestleMania main event. This is a huge moment in her career, but it almost never happened. Because she was almost fired from WWE weeks before making her NXT debut.

While speaking to ESPN, The Man revealed that one of the people who stuck up for her the most was The American Dream Dusty Rhodes. Without him we might never have seen Becky Lynch at all in WWE.

“When I first came over to WWE, so full of hopes and dreams but I mean, also I had to build myself up again from scratch. People had known of me from before from the time I spent on the independent circuit and I didn’t want to come in acting like I was full of bravado because I hadn’t wrestled in seven years. And so it was really a rebuild from scratch. I really downplayed myself to a fault. Like I acted like I didn’t know anything, whereas I did and then it was a complete mind game. I had messed with my own head so much that I could barely do a lockup anymore.”

“I would just over complicate everything, overthink everything. And it was just me vs. me, really. And I know I was on the chopping block a lot and I know if it wasn’t for Dusty Rhodes really believing in me and encouraging me and my wild promos that I would do on Wednesday nights, I don’t know that I’d still be here.”

This is a pretty revealing look at not only the struggles that Becky Lynch had to overcome, but also how influential Dusty Rhodes was in WWE. He is still missed to this day for more than one reason, his participation in WWE was just the tip of the iceberg, however, it meant the world to Becky Lynch.