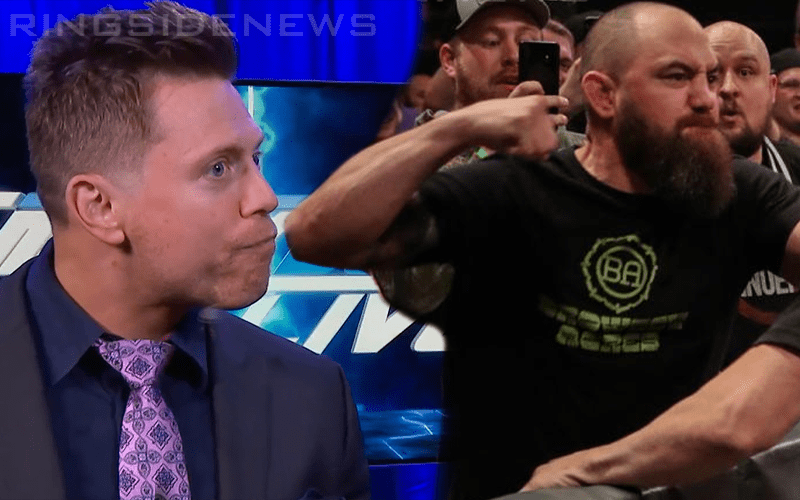 TMZ recently spoke to The Miz where they asked him about Travis Browne’s involvement on RAW this week. Browne was apparently banned from RAW due to his angle, but it was effective nonetheless.

Then The Miz was asked if he thought that Travis Browne could be a WWE Superstar. This brought a different answer because there is a big difference between being able to throw a mean punch and being a sports entertainer.

“It takes a lot more than being big to be a WWE Superstar, but let’s put it this way. The guys’ a monster, he’s huge — ya know? One punch can knock you out with one blow, so you know. That’s not being a WWE Superstar, that’s just being a fighter.”

“I don’t know if he wants to be a WWE Superstar — get in the ring.”

The Miz’s simple suggestion that Travis Browne needs to get in the ring could be a very wise one. Because you never really know if you’re going to love pro wrestling until the bug bites you.

Perhaps Travis Browne will decide he would like to learn the ropes in WWE. If that happens he has a couple people that he could call directly who could probably make that happen for him.