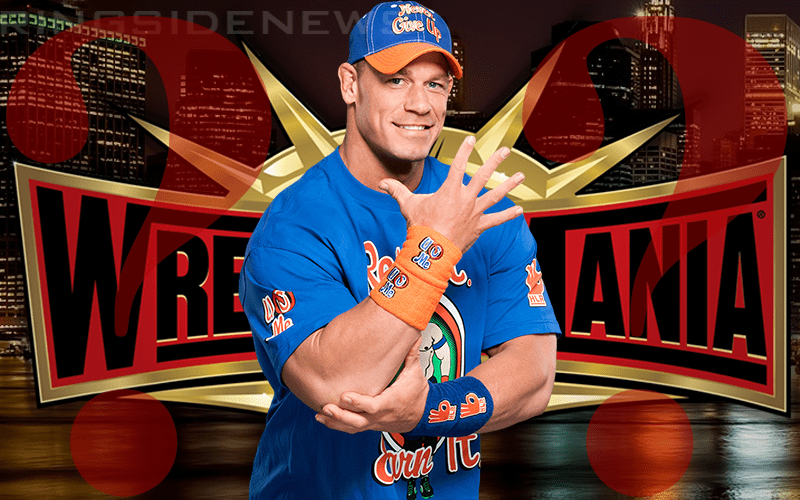 John Cena is currently filming a movie in Canada where he is playing a firefighter. The name of the movie is either “Playing With Fire” or “Firestarters,” but whatever they end up calling the film — it is keeping Cena away from WWE television on the road to WrestleMania.

WWE originally planned for Cena to face Lars Sullivan. Although it’s not impossible to think that this could still be their plan for WrestleMania, Dave Meltzer said on Wrestling Observer Radio that Cena doesn’t have an opponent right now.

Samoa Joe is now facing Rey Mysterio at the show of shows. This is interesting because the rumor was that Joe would be facing Cena. This was teased by R-Truth dropping so many mentions of Cena and Joe taking every opportunity he could to verbally tear down the 16x World Champion.

Now we will have to wait and see if John Cena will be working WrestleMania at all. It is highly likely that he will have a match, but he might arrive at the show of shows this year as a fan like he did last year before having a match fall on his lap.