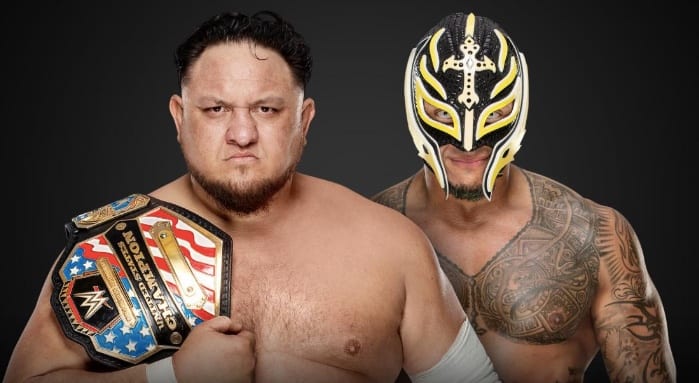 As seen on Sky Bet, the betting odds for Samoa Joe vs Rey Mysterio at WrestleMania 35 have been released.

The WrestleMania card is already filling up and with reports of there being up to 17 matches, you can’t blame some fans for thinking that it’s possible they could soon make the show a two-day extravaganza. Of course, that won’t be the case this year, with one of the confirmed matches as per SmackDown Live being Samoa Joe vs Rey Mysterio.

The Samoan Submission Machine will be defending his United States Championship against Mr 619, although there’s a chance more names could be added based on the structure of this storyline so far.

The odds have Samoa Joe as a 4/11 favourite, whereas Mysterio is a 2/1 underdog. Some members of the WWE Universe feel like Andrade could still be added at the last minute, but there was no indication of that last night.

Joe and Rey feel like two guys who could create absolute magic together, which is one of the many reasons why we’re looking forward to this match. The hope is that they’ll make it onto the main card, especially after Joe was pushed to the side in the last few years in regards to getting a spot on the show.

We wouldn’t want to rule out Rey getting the win altogether, but this is a big opportunity for Joe to gain some much needed momentum.

WrestleMania is set to go down two weeks on Sunday at MetLife Stadium in New Jersey.