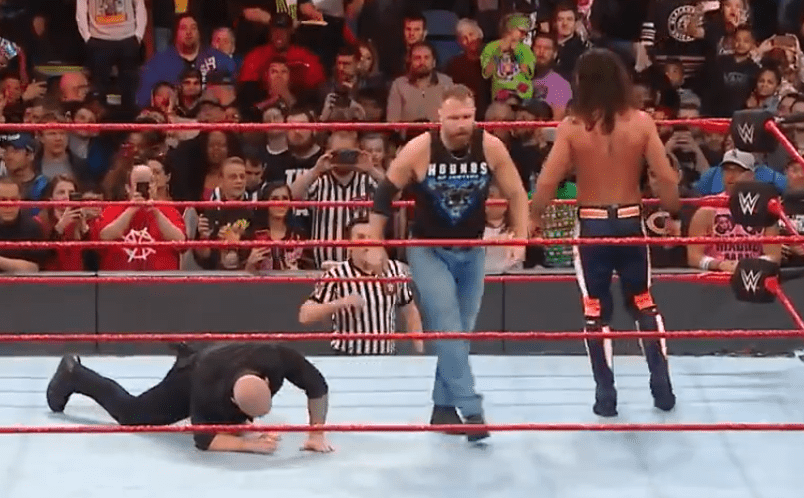 Dean Ambrose is on his way out of WWE, but he still made it to Chicago. He just wasn’t used on the show.

After RAW went off the air, Seth Rollins needed some help after Baron Corbin and Drew McIntyre continued being massive heels. So his Dean Ambrose came out to make the save.

This was a pretty great moment to give the live crowd because it certainly sent them home happy. WWE thought this was so cool that they released it on their social media too.

You can check out the clip below and see that Dean Ambrose is still incredibly over. He was backstage at RAW, but he just wasn’t used on the actual show. It will be very interesting to see whether WWE used him again unless they can come to some kind of an agreement.