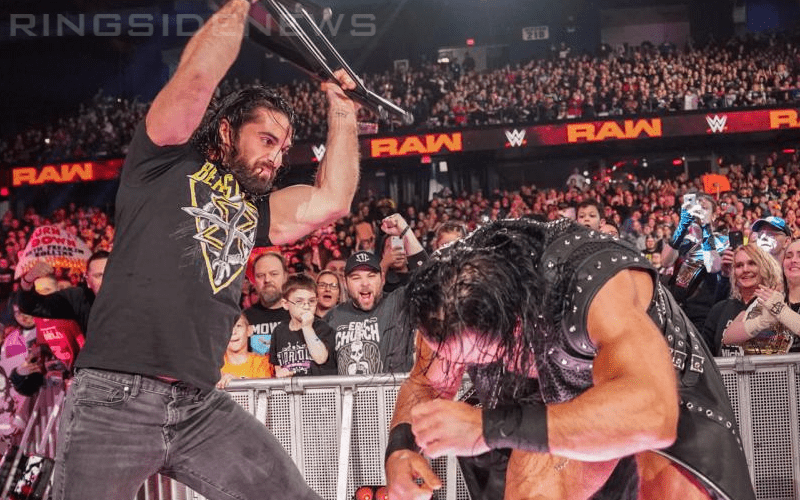 WWE RAW is an action-packed program — or at least they try to make it that way every week. One thing WWE does to enhance the viewing experience is jostle the camera around like it’s in a car crash during brutal moments on the show.

You’ve probably noticed that the camera will jump up and go back down with the force of a foreign object or Braun Strowman tearing a car apart. Whatever is going on, the cameraman is like an unsung hero in every scene adding another element to the program.

During RAW this week, Seth Rollins destroyed Drew McIntyre with a chair. He kept wailing on McIntyre time and time again and thanks to popular IWC Twitter account Brock Lesnar Guy, we can see exactly what was really going on.

The brought his camera up and down with each chair shot and it is actually quite distracting. If anything, this decision on the production’s part could have actually taken away from the brutality of those chair shots because Seth Rollins was smashing Drew McIntyre with all of his might. When things are that real WWE might not need to add that extra camera trick.

It is pretty interesting when we get a look at things from this vantage point. So the next time you see the camera glide up and forcefully jolt back down during a spot just know that it wasn’t an accident because it was totally done on purpose.