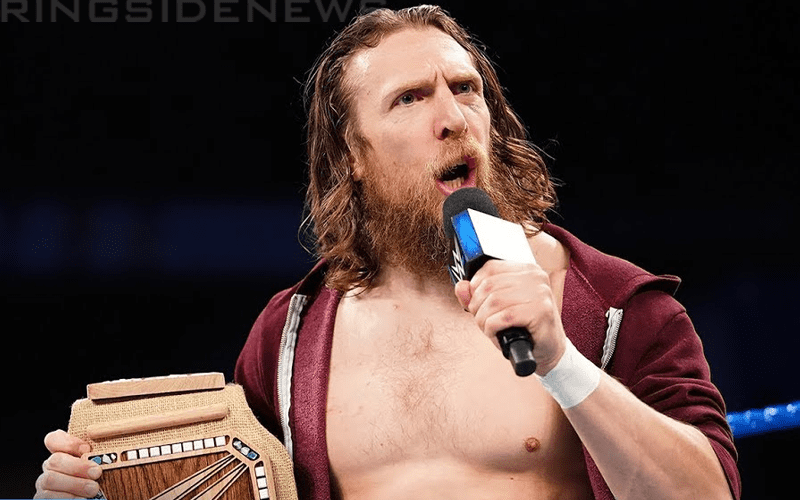 Mustafa Ali’s push resulted in two new top babyfaces on the blue brand. Because after Ali’s injury, Kofi Kingston was put in his spot and wowed the WWE Universe with his gauntlet and Elimination Chamber match performances. This might have never happened if Daniel Bryan didn’t put his foot down backstage.

Former WWE writer Kazeem Famuyide recently appeared on Wrasslerap where he told a story about Daniel Bryan busting in to demand better babyface opponents. He was right and that spawned the search for a new babyface that they could put a lot of momentum behind.

“People would come and sit in creative sometimes. I will tell you one story. I was still pretty new.”

“He did it in jest, but he meant it. You know what I’m saying. We were sitting in the writers’ room. Daniel Bryan storms down the hallway and he is walking. He kicks the door open and he is like ‘HEY! We need a hot young babyface RIGHT NOW!’ and I was like ‘huh?'”

“He was like ‘The biggest babyface you have is pushing 40 years old. How is this going to work?’ He came ing but he was deadass. In a roundabout way, I think that’s how we got to Mustafa Ali.”

“He was a pure babyface on 205 Live that got real emotion that could fucking sell agony. Vince is so huge on that. ‘You got to bring him in, if he can fight from underneath, then oh god, that is such an advantage. They have to see that you are in agony and pain in the face. So when you overcome, they are with you.’ That’s the genius of Vince, he understands the dynamics of good vs. evil and fighting against the odds.”

Vince McMahon’s philosophy on how to get a babyface over by placing them in complete peril and beating them senseless in the process is also pretty revealing.

Daniel Bryan might have planted the seeds, but Mustafa Ali put himself in the position to be noticed. He is a super babyface who doesn’t even like playing a heel and for very good reason.