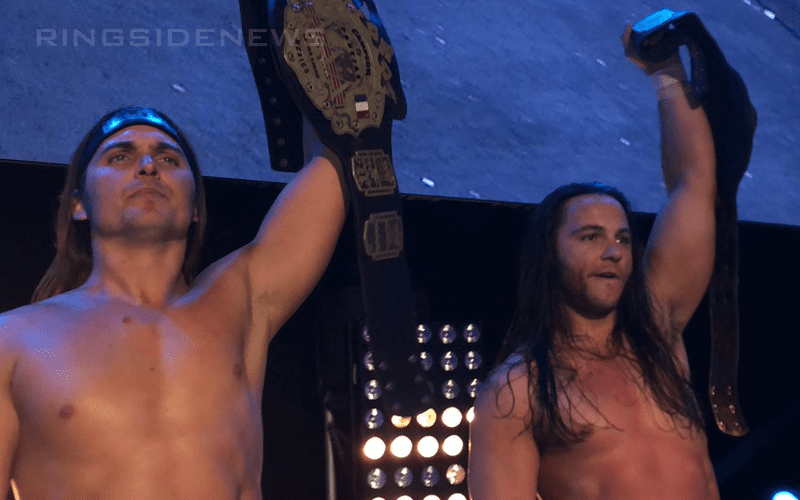 You never know where the Young Bucks will show up next and they surprised fans in a big way by appearing at AAA’s event and toppling Pentagon Jr and Fenix for the AAA Tag Team Titles.

This was big news because not only was it the Young Bucks’ first match since striking off on their own in an official sense, but it is also a big title win in another company. AEW and AAA have a partnership and this will go on to help establish that more.

On top of that, it was theorized by Dave Meltzer on Wrestling Observer Radio that the Young Bucks winning the AAA Tag Team Titles means that their Double Or Nothing match against Penta and Fenix just got much more interesting. It is now extremely possible for the AAA Tag Team Titles to be defended at the big Las Vegas show which could very well be their plan.

No official announcement has been made that will change The Lucha Bros vs The Young Bucks into a title match yet. However, there is still plenty of time for that to happen and it is incredibly likely as well.