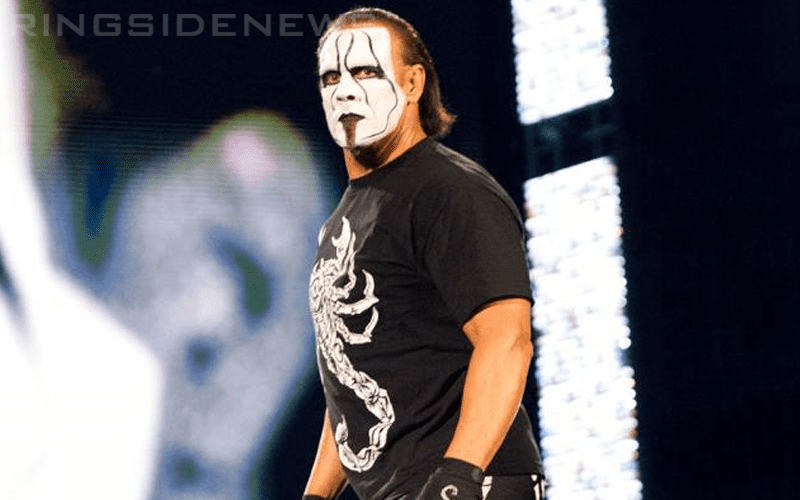 Sting could have decided to come to WWE a long time ago. He didn’t even make a leap to Vince McMahon’s company after WCW was bought out because the Stinger decided to work for Impact Wrestling instead. Sting did finally arrive in WWE, but he only had a handful of matches before being inducted in the Hall Of Fame.

While speaking to Inside The Ropes, Sting was asked if he ever felt a little hidden agenda during his time in WWE to rub it in that WWE won the Monday Night Wars. seemed okay with it because that is history and WWE obviously won.

“I think everyone’s over it [the Monday Night Wars] I really do. I mean it’s done and gone and I mean what more do you want? know? I mean they did win, I mean WCW is long gone. WWE is a global killing machine and you can’t get any bigger. I mean it’s one of the biggest like Vince McMahon says it’s one of the biggest ‘spectacles in all of sports entertainment.’ It truely is.”

“I mean where ever they go the world comes to see it. They travel all over the world they come to WrestleMania. So it is what it is and that’s that.”

WWE is going to keep branching out as well. More countries are watching WWE than ever and their deal with Saudi Arabia will continue to spread their influence in another market with a lot of money.

Sting is correct in saying that WWE brings big shows and people come to see it from all over the world. However, domestic audiences might be slowly fading or at least finding an alternative. Therefore, you never know when a new professional wrestling war could begin.