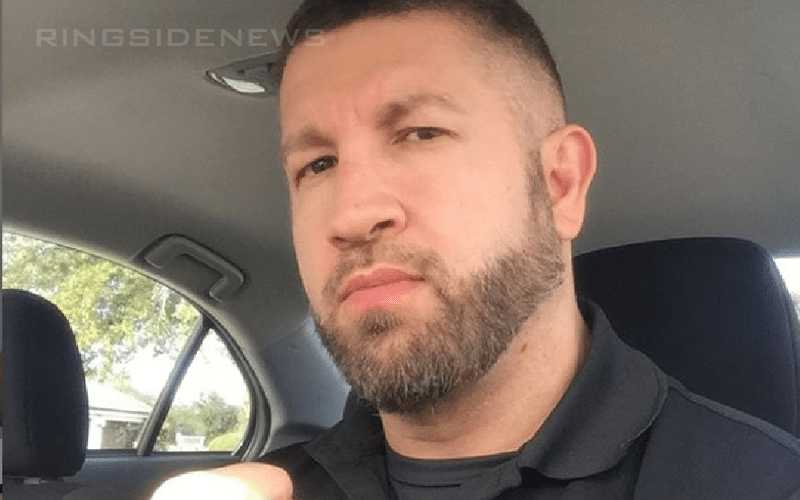 WWE hired on a handful of backstage producers recently including Shane Hurricane Helms. This hiring surprised some people most because WWE had tried for a long time to secure his services. Now he is filling a role as backstage producer which means the few indie wrestling dates he has on the schedule could be his last.

While speaking to The Mirror, Hurricane Helms relayed how hard it is for him to hang up his boots and take a position as a backstage element to WWE’s programming. Helms could be a vital part of WWE’s backstage culture, but it is still never easy to give up a profession he worked in throughout his entire life.

It’s definitely tough, you know. It’s sort of an ego thing for sure, but wrestling is all I’ve ever wanted to do since I was three-years-old. Since I started watching television, my earliest memory of television is watching professional wrestling. I had other opportunities to do other things in my life; I was in collegiate programs when I was 11-years-old. All my teachers were trying to make me go that way and use my brain in different areas.”

“But I just wanted to be a pro-wrestler, it’s all I wanted. The saving grace is that I’ll still be involved in the business and I’m not walking away completely. But when it finally comes to the point where I realize that I’m not going to wrestle anymore, that’s still going to be a tough pill to swallow.”

Currently, Hurricane Helms is lending his knowledge to the 205 Live show and helping with that roster. He was instrumental in several angles throughout The Broken Hardy storylines in Impact Wrestling so you never know how he could help build any character he touches.

Helms achieved a life-long dream in becoming a professional wrestler and made it to great heights in the business. N it is time for him to pass the torch and knowledge even if it is hard to say goodbye to the ring.