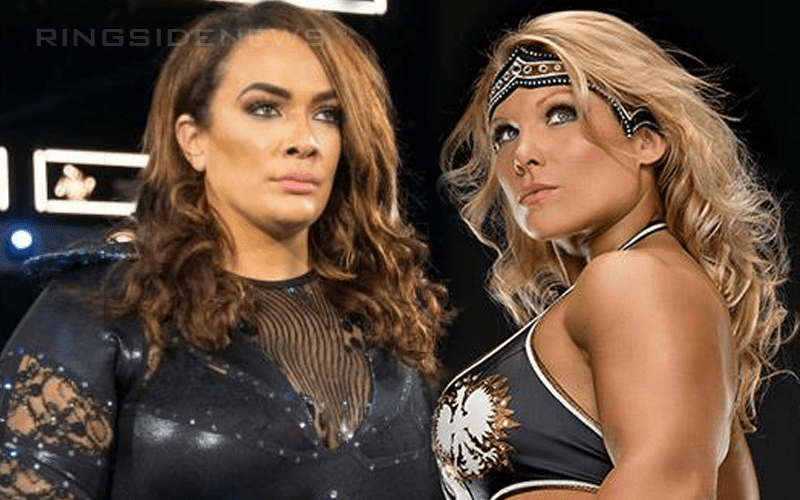 Beth Phoenix made her return to the WWE fold as an announcer, but now it looks like she is going to be mixing it up in the ring too. The WWE Hall Of Famer got involved at WWE Fastlane much to Christian’s surprise. Then she showed up the next night on RAW to continue an angle.

Phoenix has paired back up with Natalya to reform the Divas Of Doom. This will most likely lead Phoenix to a big WrestleMania match as well. One of her opponents could very well end up being Nia Jax who recently fired a big shot at Phoenix by saying:

Ummm…how about you shut up @TheBethPhoenix NOBODY wants you here 🙄. Nice of you to just come back when we have PLENTY of talented women sitting in the back just waiting on their chance, but please…just step right back in the picture.

The WWE Hall Of Famer tweeted back to Nia Jax saying: “If you’re scared you’re scared .” This kind of verbiage has to get under the Irresistable Force’s skin. After all, Beth Phoenix called her kid in a way that is never appreciated.

Nia Jax replied by saying: “Don’t worry I ain’t scared to hit you, old lady.” This didn’t go unanswered for long as Phoenix shot back with: “Shhhhhh. You’re embarrassing yourself. See you Monday.”

We will just have to wait and see what happens next, but it could lead to another return of the Glamazon, at least through WrestleMania.