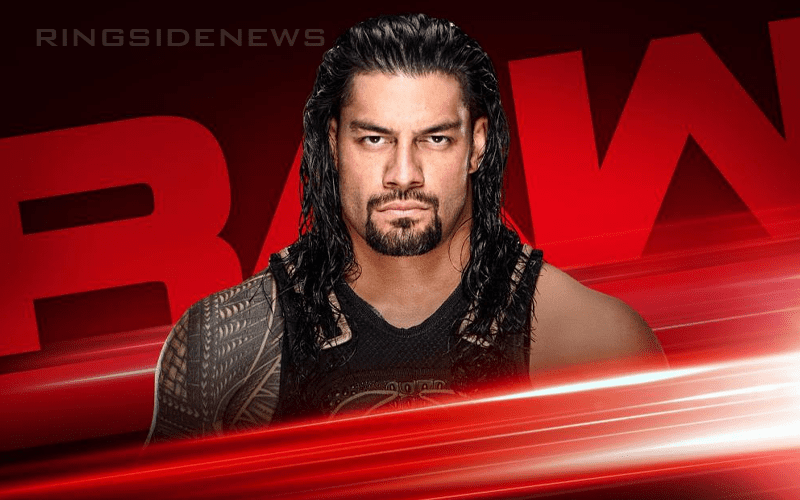 Roman Reigns made an awful announcement on October 2018 and just over four months later, he made his triumphant return. WWE did not know how long he would be gone when his hiatus started so they had to make some changes.

The alterations that WWE made weren’t just with the booking decisions. WWE also had to change up a ton of marketing and promotional material where Roman Reigns was replaced or removed. One of those changes WWE made was to the Raw graphic on their official website.

Drew McIntyre replaced The Big Dog on the official WWE graphic as he was experiencing a push during that point. Things were switched around as well and Seth Rollins was moved to the front.

Now it looks like McIntyre’s projected WrestleMania opponent will be Roman Reigns. In an ironic twist to this story, Roman Reigns has taken his place back on the official Raw graphic McIntyre.

You can check out how the Raw page appears now on WWE’s website. This is another sign that Roman Reigns is back, but Seth Rollins did not lose his place in front either, so that might be a telling sign too.