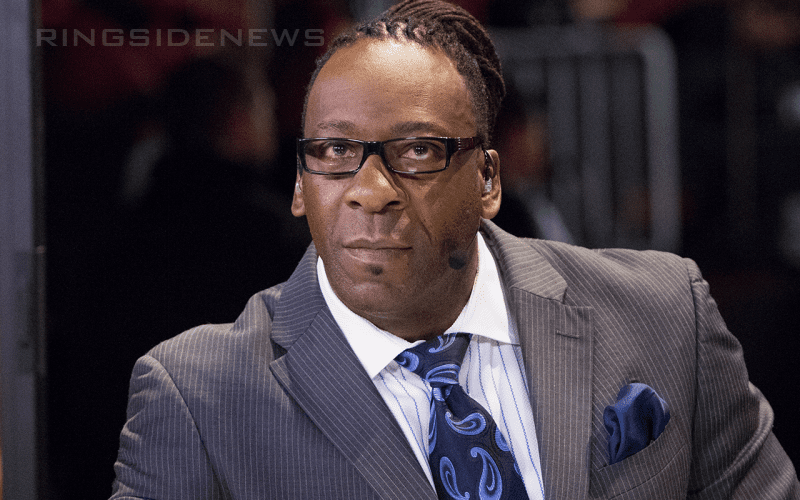 Booker T is a five-time World Champion and a fixture in WWE. He often shows up on kickoff show panels and anything else the company needs him to do. It turns out that he will be doing it for a very long time because he is currently signed on to his WWE contract fro another decade.

While speaking to CultureMap, the two-time WWE Hall Of Famer was asked about his current deal with WWE. He revealed that his services as an on-air analyst for pay-per-views and as a company ambassador locked in for a very long time to come.

“I still work for WWE. I’m currently an analyst on pay-per-view shows and ambassador for the company. My contract runs through 2029.”

When WWE signed Booker T on until 2029 that must have been a shucky ducky moment for him indeed. Booker still has his Heated Conversations radio show and podcast. He is also still running his wrestling endeavors with Reality Of Wrestling. With this new information concerning his WWE we will have a lot more of Booker T to come in WWE as well.