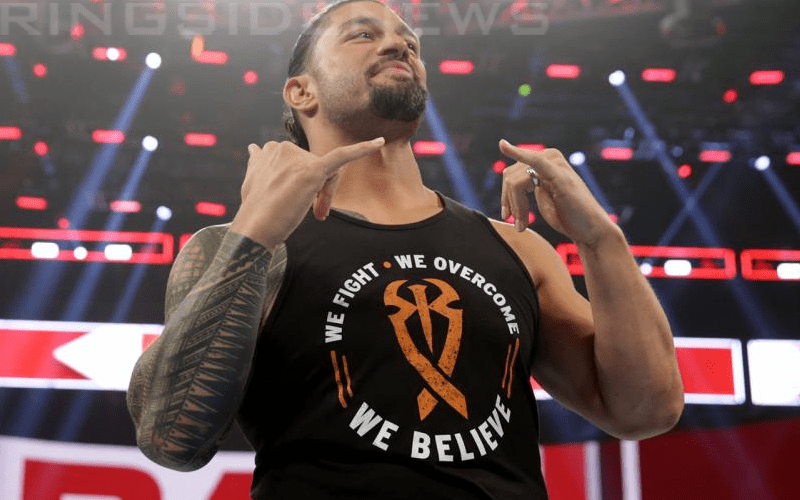 Roman Reigns went through one of the most difficult times of his life, but he emerged with his leukemia in remission and a very happy man. He is back to work with WWE and doing all he can to get back on track to regain his position on the card. He might just have a new tactic in doing so.

During Roman’s announcement of his leukemia he introduced fans to Joe which is his real name. He might still be The Big Dog, but Reigns told Sports Illustrated that we are going to start seeing much more of Joe in a better mood this time around.

“I honestly think last week, that was one of my goals. I was like, ‘OK, I knew the first week was gonna be crazy emotional, but I don’t wanna be the guy who comes out there and everybody gets semi-sad or gets super heavy all the time.’ I want people to have fun. I want to create escapism. It’s like a mini vacation [for the fans] on their couch. Let’s get into these storylines. Let’s take all this positive sensitivity being sent to me and shift it and send it to people in need. That’s where I’m at now, shifting all this positive energy from me to the people in need.

“But also with the storylines and character, because we have introduced Joe, especially last week, I felt like there was a lot of Joe within the promo of Segment One. Even with the interaction with Seth [Rollins], I just feel like with me integrating the characters and who I am in real life and who I am on stage, for me to kind of mix them, it allows me to laugh at Roman a little bit and have a little more fun and be a little more loose as opposed to the stoic brawler. If you know me in real life, I’m kinda like my cousins [The Usos], I’m a bit of a clown, I act up, we goof off a lot. We’re silly. We’re big kids. We’re always goofing around, trying to laugh. If I can add that in the next couple of years, those layers of being chilled out, little more comedy, a few different emotions, I think that would be pretty neat.”

Roman Reigns’ comfort-level on the mic is evident and it’s just like riding a bicycle that he got back on. Now it appears he will have a much more relaxed and humorous demeanor which we have already seen in some ways. Only time will tell how many situations Reigns will get in where that humor will be a huge benefit to him.