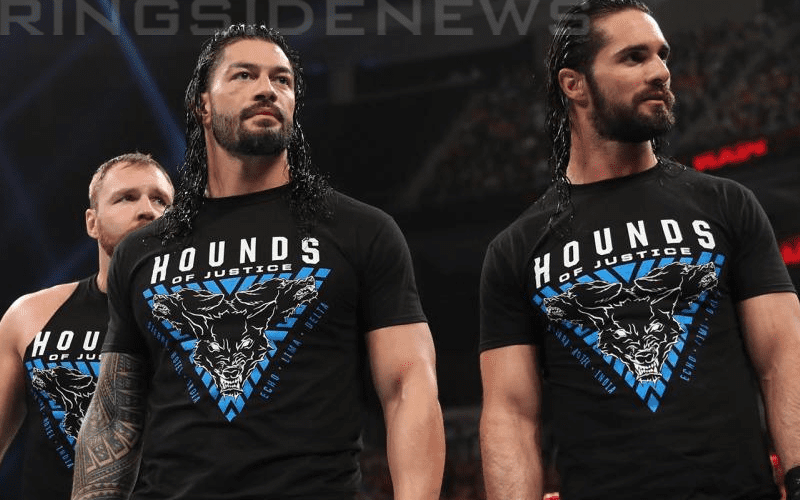 Dean Ambrose could very well be exiting WWE when his contract is up. They are being quite open about this on commentary and only time will tell when we see The Lunatic Fringe again, if ever after receiving a proper beatdown from Drew McIntyre on Raw this week.

WWE is planning another post-WrestleMania overseas tour and they have released a line-up for the shows. In a very interesting booking decision, it seems that they will be re-creating the WWE Fastlane main event on this tour. However, Dean Ambrose is not on the shows. Instead, WWE is putting Braun Strowman in his place.

The Monster Among Men is being advertised as an “honorary Shield member,” for the tour. This isn’t the first time someone had to step in and become a Shield member for the night as Kurt Angle and Triple H had to do it in the past when Roman Reigns got the mumps in 2017.

The Shield will consist of Roman Reigns and Seth Rollins with Honorary Shield member Braun Strowman vs. Drew , Baron Corbin, and Bobby Lashley on the UK upcoming tour. With Strowman’s current direction of destroying SNL cast member’s rental cars, it will be interesting to see how this plays out. However, if this booking direction is just for the live events then we won’t see any result of it on television.