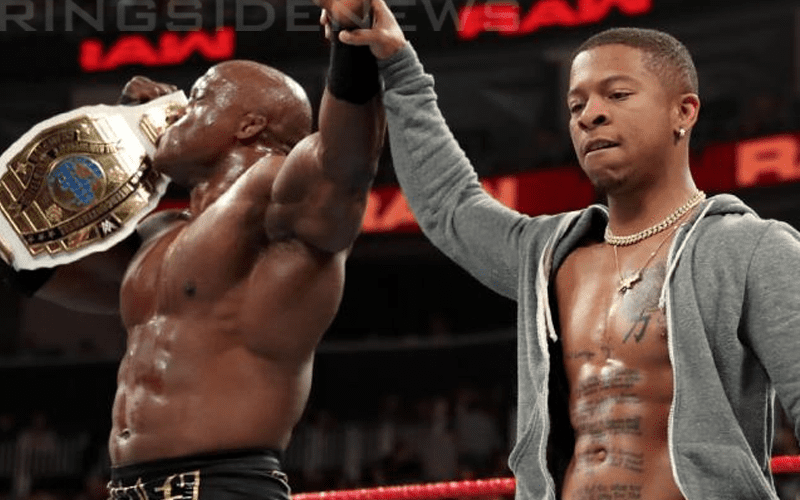 WWE RAW featured an IC Title defense on this week’s show where Finn Balor fought to retain his title. What he didn’t count on was Lio Rush jumping into the timekeeper’s area to ring the bell before he could secure the win.

This match interference on RAW threw Finn Balor off of his game allowing Bobby Lashley to pick up the IC Title once again. However, if you were watching in Chicago, this was not a big surprise.

Because WWE aired a commercial in the Chicago market during RAW promoting next week’s show at the Allstate Arena. This ad featured Bobby Lashley as Intercontinental Champion even before Lio Rush assisted him in winning the title back.

This was a pretty big botch and is yet another example of the right hand not knowing what the left is doing in WWE. If you want to see a graphic from the commercial you can check out our Instagram page.

You never know what you will see running during the breaks on Monday Night RAW. This is one of the reasons why it is sometimes a good idea to keep a close eye on the commercials, especially the local ones.