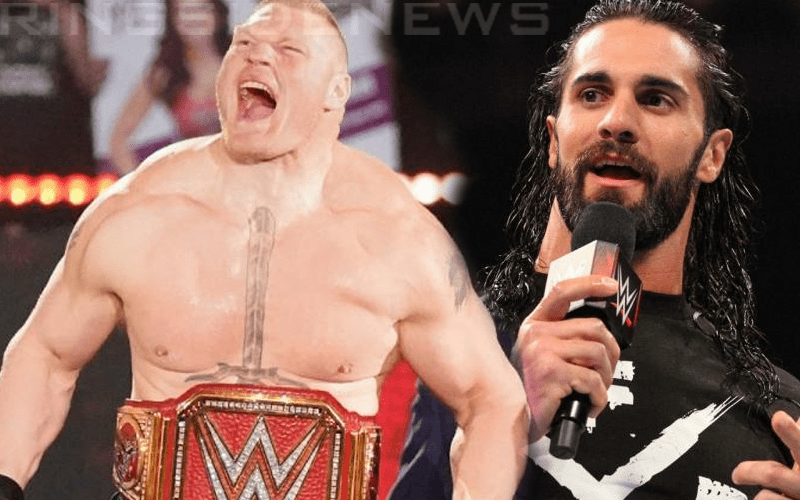 Brock Lesnar is the WWE Universal Champion, but he doesn’t show up on television often at all. In fact, the only reason why Paul Heyman is around so often is is taking care of Lesnar and Ronda Rousey’s angles on the show. It might be a sad set of circumstances to consider that having the top champion Raw is a rare occurrence, but that is the case.

Paul Heyman confirmed during Raw this week that his client will be on the show next week. Seth Rollins is obviously ready because he advised the Chicago fans who will be in attendance at Raw to “do the talking” because The Architect is bringing the fight.

Lesnar on #RAW next weekChicago, I hope you’re down to do the talking for me because I’m ready to do the fighting for all of us. Time to let ‘em know.

This angle headed into WrestleMania is a very interesting one. Only time will tell if Brock Lesnar and Seth Rollins will get physical in Chicago next week, but those fans are some of the best in the world. So they aren’t likely to be quiet about making their opinions known.