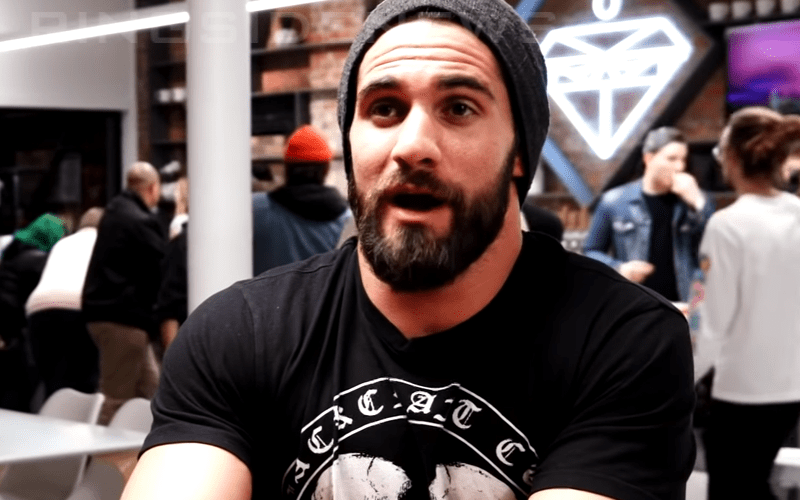 Seth Rollins have given his thoughts on Universal Champion Brock Lesnar ahead of WrestleMania 35.

Rollins won the 30-man Royal Rumble back in January, officially booking his ticket to the showcase of the immortals. Seth has been building his way back up to the main event scene for what feels like forever, and now, he’ll get his big chance to dethrone The Beast Incarnate.

Alas, whilst it seems likely that The Architect will walk out of MetLife Stadium with the Universal Championship, nothing is guaranteed in this business.

Instead of just sitting back and waiting until Mania, though, Seth is making sure that the world knows how he feels about Brock and people who disrespect professional wrestling. Lesnar’s part time schedule has always been a sore spot with the WWE Universe, and particularly Seth himself.

Their match is one of the most anticipated bouts at WrestleMania, with Seth’s segment alongside Paul Heyman & Shelton Benjamin certainly helping matters on Monday Night RAW last night.

The media obligations between now and Mania are going to be pretty intense, and we’ll almost certainly see and hear more from Seth before he finally squares off against Brock. The champion himself, on the other hand, is more than likely going to leave his talking to the ring.

Lesnar is set to depart WWE for a period of time in favour of a return to mixed marital arts, and it wouldn’t be all too surprising to see his fight against Daniel Cormier get announced sooner rather than later.