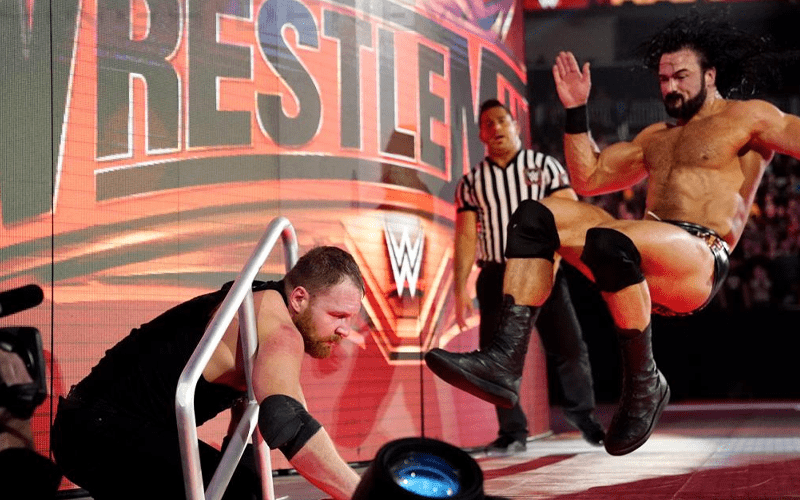 WWE RAW kicked off this week with The Shield coming down for their “Farewell address.” WWE Fastlane was announced as The Hounds Of Justice’s final match and they came down through the crowd wearing Shield t-shirts to address the crowd.

After the Pittsburgh fans’ response died down, Roman Reigns said that he has learned over the past couple of months that tomorrow isn’t guaranteed. He thanked Seth Rollins and Dean Ambrose for having his back and hyped WrestleMania. He said that “if there are three men who need to handle their business, us.”

Roman said he is having his first singles match in five months tonight on RAW. Of course, that didn’t happen. Then Reigns said that Ambrose has some other real business to take care too “I don’t know what it is, but good luck.”

Reigns said that he doesn’t know what Dean Ambrose is going to do, but that is what makes him unpredictable which is why they love him. It seems that Dean’s business will still be taking away from WWE. Because Dave Meltzer noted on Wrestling Observer Radio that as of Monday night, Dean Ambrose is still sticking with his decision to leave the company.

“Last night after the show I checked and it’s like this is not an angle, he’s really done.”

It is very interesting how WWE has let fans know exactly what is going on in Ambrose’s situation. This is different from any other time they dealt with the same situation in the past as well.

Fans might continue to think this situation with The Lunatic Fringe’s contract is a work, but he is still apparently headed out the door no matter how much WWE seemingly opens up the storyline to give him a chance to stick around.