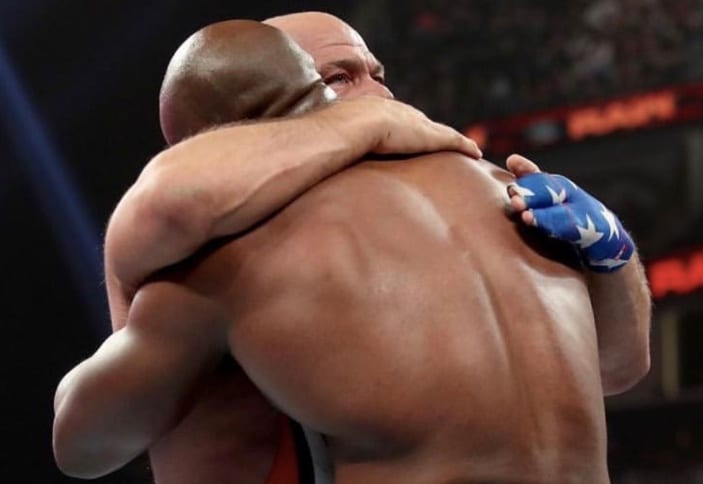 The Olympic Gold Medallist revealed, in his home town of Pittsburgh, that he will be retiring at WrestleMania 35. Angle then stated that he wanted to have one final match in the city, which led to a match against Apollo. Whilst it may have been quick, it was fun to see Kurt go up against one of the stars of the future.

Apollo has long since been viewed as one of the biggest letdowns since coming to the main roster, although some fans are hopeful that this can eventually lead to him getting the push he has deserved.

It’s been an interesting journey for these two men over the course of the last few years, and it’s good to see that they got that moment together last night. As we look ahead to WrestleMania, all eyes will now turn to Kurt as we prepare to see who he faces in his final professional wrestling match.

In all likelihood it would make sense for John Cena to be the one who sends him off. Cena had his first WWE match against Angle, inducted him into the Hall of Fame, and could now be the man to send him off in a similar manner to Shawn Michaels and Ric Flair at WrestleMania 24.

All we can do as fans is wait and see what happens with Angle, and as well as that, we can hope that WWE sees the light and takes it upon themselves to push Apollo.