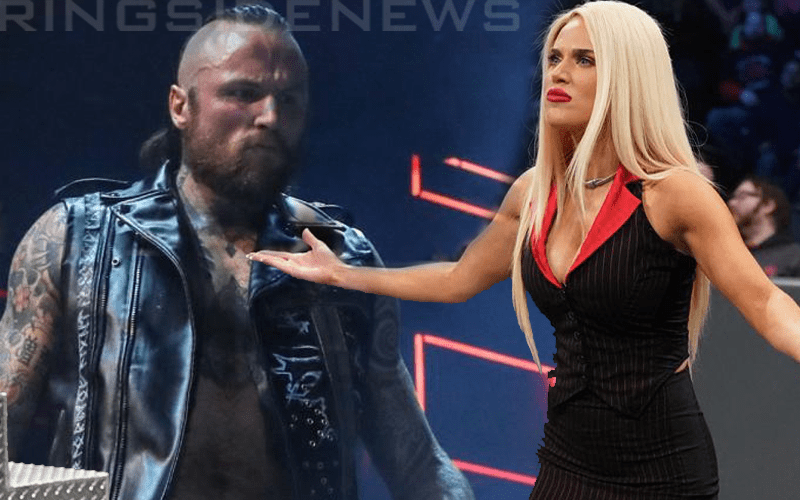 Aleister Black is making a big name for himself on the WWE main roster. Tommaso Ciampa’s neck injury meant that both he and Johnny Gargano lost steam and Johnny Wrestling has not appeared on television recently leaving some to believe that he could be going back to NXT for the time being. This has resulted in a lot more focus on Aleister Black and Ricochet as a team.

Aleister Black is set to take part in a big 8-man tag team match on SmackDown Live tonight. Rusev is on the opposing team of heels and Lana recently took some big shots at both new NXT call-ups.

Black replied to Lana by saying: “Interesting words from someone who’s body is 90% enhanced.” After all, Lana was taking a shot at Aleister Black’s collection of tattoos.

The IWC did not react to this comment from Aleister Black very well. Some accused him of body shaming Lana. He had a very direct reply to this line of thinking.

This was a very intelligent reply from the former NXT Champion. Now we will just have to wait and see if Rusev will be able to successfully defend his wife’s honor on SmackDown Live tonight. Because Lana might get involved as well to create an even more volatile situation.