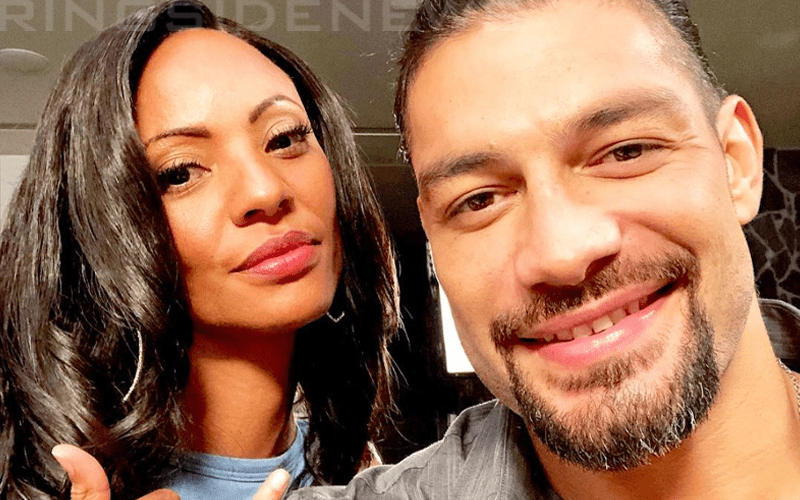 Roman Reigns is back on WWE television on a weekly basis and soon he will be making all of the house shows with the company. However, while The Big Dog was on his WWE hiatus, he was quite busy as well.

Candace Smith posted on Instagram saying that she recently filmed a Netflix comedy with Roman Reigns in Honolulu, Hawaii. This would fit into the timeline for Reigns when he was on the Island state to film Hobbs & Shaw.

Motivational story time🧚🏽‍♀️… “Hi, I’m Candace & you are?” is how I met my #MCM Joseph Anoa’i on the set of a Netflix comedy 🎥 I had NO idea who @romanreigns was 😆🤷🏽‍♀️ All I knew was he would be my “husband” for the next many hours.
Fast forward 8 hours into filming & I’m thinking to myself 🤔 “wow, this dude is so humble and talented, he is going far in life” 😆… “I wonder why so many random men walk up to him & give him dap”… As time passed & we got more comfortable with one another, we discussed life- how important it is to appreciate every single minute because tomorrow isn’t promised 🍃 I shared how my biological father died of cancer when I was 11 years old & Roman offered his support… I had no idea at the time he is CURRENTLY winning the battle against leukemia for the second time in his life!!! What an incredible human being! He never even mentioned it and exuded nothing but pure optimism.
So before you use the “I’m just going through something” excuse for your negative ass attitude remember… the power of the mind & spirit is limitless. #RomanReigns 🖤🤙🏽✨ #F*ckCancer #MotivationMonday

It must be a pretty big surprise to show up on set and find out that Roman Reigns will be playing your husband. This is an even bigger surprise for the WWE Universe because all fans were aware of was Reigns acting in the Hobbs & Shaw spinoff. Now we will have to keep our eyes peeled to see what other projects Reigns was involved in during his WWE hiatus.