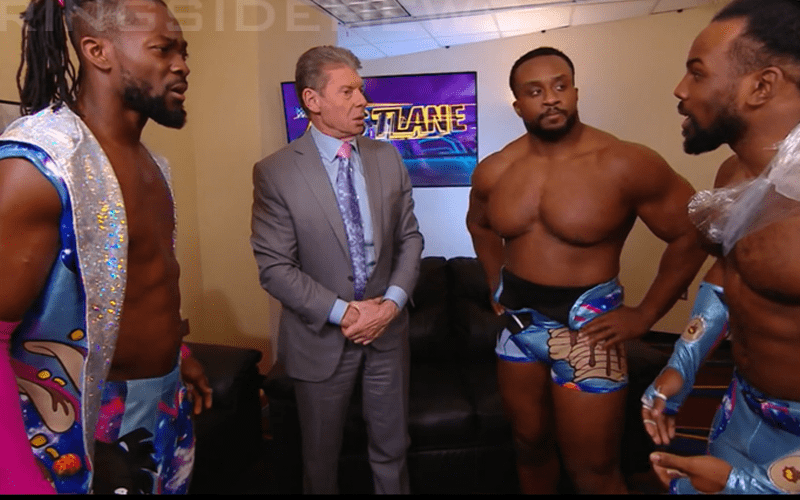 Kofi Kingston was teased once again and screwed out of a WWE Title opportunity at Fastlane. He didn’t have much to say about it, but Big E and Xavier Woods certainly did.

Woods and Big E are most vocal in the storyline as they try to get Kofi Kingston the title shot he deserves. They replied on social media following Vince McMahon robbing Kofi Kingston once again and it doesn’t sound like they’re done fighting for Kofi’s opportunity.

Big E tweeted out: “This doing the right thing clearly ain’t it. Maybe we need to knock over a liquor store or something to be a star here…Please send me your petty crimes suggestions.”

This was followed by Xavier Woods taking to Twitter a short time later by saying “I can’t believe I can believe that @TrueKofi got screwed again. This is ridiculous and we will figure out a way to make this right.”

Hopefully, Kofi Kingston is on his way to WrestleMania. It only stands to reason that would be the case. After all, WWE certainly seem to be building Kofi Kingston toward some kind of eventual victory.