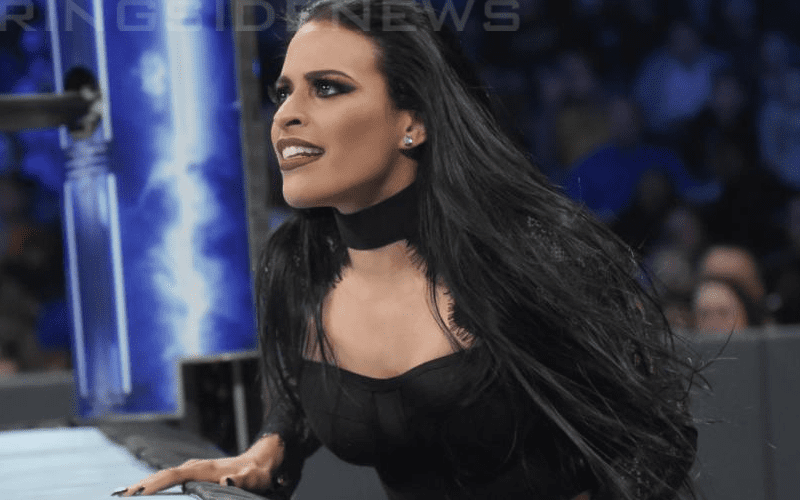 Zelina Vega can currently be seen in “Fighting With My Family” in the role of AJ Lee. She earned this part without having to audition as well. Now as Andrade, business manager, she is proclaiming how different she is than any of the other women WWE has on their roster.

Vega will accompany Andrade to the ring at WWE Fastlane for the former NXT Champion’s kickoff show match against Rey Mysterio. She recently took a moment to make sure everyone knew exactly how different she is than everyone else WWE has to offer.

This is a business woman that isn’t like the rest. I don’t dress like they do, I don’t DO what they do, I am more. I am a New Yorker w/ a style & skill set like no other. My investment is everything & I am willing to do anything to make sure we come out on top. Next up, #FastLane

Confidence is key when you’re a WWE Superstar. This is something Zelina Vega certainly possesses.

Zelina Vega is in a great position because she gets to appear on television practically every week, but she doesn’t run as much of a risk as other performers when it comes to suffering an injury. Vega is known to execute a high spot from time to time as well. We have seen her mix it up with male and female Superstars alike, but she is taking it one event at a time and her next focus is WWE Fastlane in Cleveland Ohio.