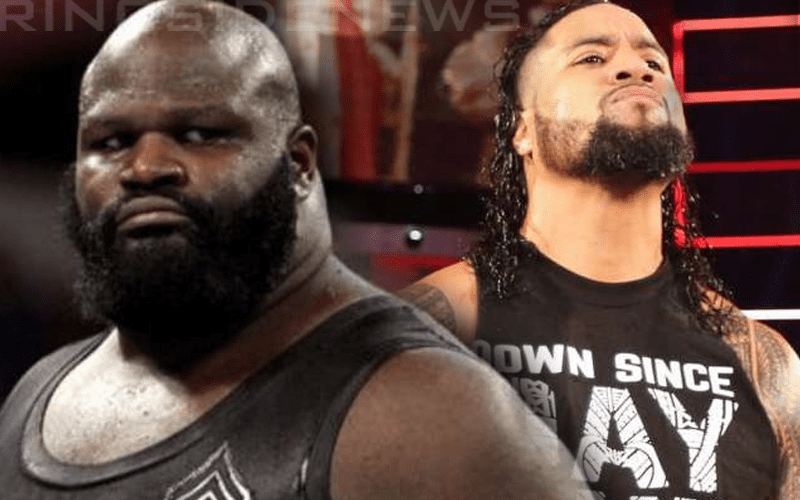 Mark Henry is a backstage enforcer in WWE, but his technical title is that of an ambassador. He is around for WWE Superstars to lean on for advice as he is a WWE Hall Of Famer for a reason.

While speaking to the Ross Report, Henry discussed Jimmy Uso’s recent arrest. Uso, who is one half of the current SmackDown Tag Team Champions was arrested in Detroit last month after he squared up with a police officer and wanted to fight.

“I don’t think he’ll be mad for me saying this, but I talked to Jon [Jimmy Uso]. He got arrested recently and I told him, ‘don’t hand your head. Everybody goes through struggles.'”

“I was like, ‘what you need to do now is to speak up for yourself and not let people create the narrative. Like, you let people know what it is.’ And just like we’ve all run into police officers that are overzealous if you will. He was not at a point where he was being belligerent. He felt like his wife got talked to in a way that she shouldn’t have gotten talked to. We’re all going to stand up for our wives and our significant others.”

That was some great advice from Mark Henry and it is no wonder why WWE is keeping him around. Hopefully, that is the last time we hear about Jimmy Uso getting arrested. It could have been a very messy situation if the police officer would have hit Jimmy with a taser as he was preparing to do during this unfortunate altercation.