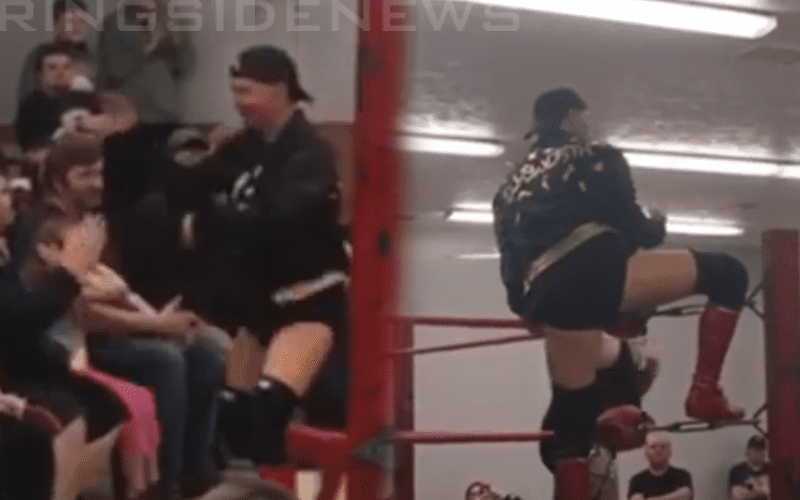 James Ellsworth hasn’t been making a lot of public appearances in the past few months. He disappeared from view following allegations against him where he allegedly sent inappropriate messages to a minor in November last year. No charges were files and James Ellsworth is still innocent until proven guilty. His accuser said that police won’t be contacted so he is free to continue working.

The biggest issue is that Ellsworth hasn’t been allowed to work much since the allegations came out about him. He was pulled from several events and his podcast was canceled as well.

Ringside News was also told that Ellsworth showed up at a Celebrity Boxing event that he was booked to take part in on March 2nd, but when he showed up the promoter was made aware of the allegations against him and he was removed from that event as well.

The Chinless Wonder made a very surprising return to the ring at UCW Wrestling in the Pittsburgh area on Friday night and he received a huge ovation in the process. It’s been a long time since we heard a crowd pop like this for Ellsworth.

You can check out a clip from the appearance that James Ellsworth posted below.