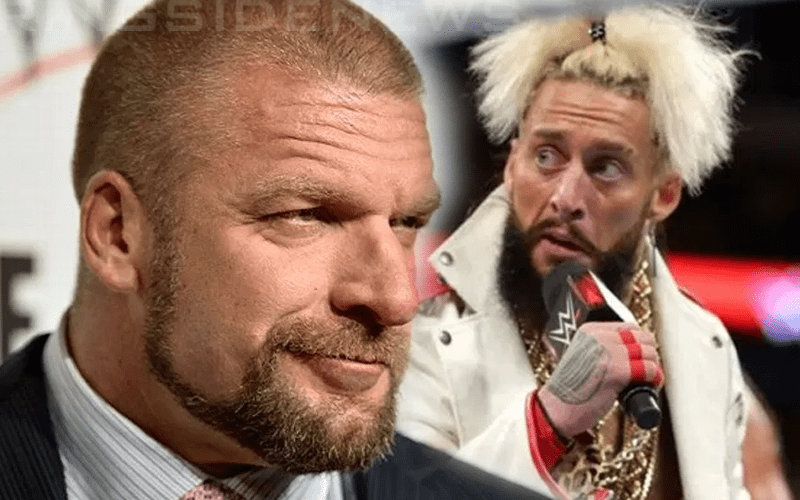 Enzo Amore is no longer a WWE Superstar, but as a man who never technically lost the WWE Cruiserweight Title, he still considers himself a champ. He is focusing on his rap career and has put out some impressive tunes, but he will always have time to talk about his tenure with WWE.

While speaking to Title Match Wrestling, Enzo Amore discussed his relationship with Triple H. Real1 said that he was like a “red headed stepchild” to The Game which doesn’t have the best connotations. However, Amore continued to work hard and pay his dues which eventually saw him in a much different role with the company.

“No one else on the roster, NXT or WWE, has ever had their ass chewed out by Hunter I have. And probably rightfully so, at times. The thing with Hunter is, I’m the guy that he found on the back of a moving truck, and he gave me a tryout. You have to understand the way that I debuted. I was never supposed to happen. I think Hunter was going to fire me, or Bill DeMott was going to fire me.”

“I’m the guy setting up the ring and selling the merchandise. Every Friday armory show, I’m selling FCW shirts and I haven’t had a match yet. I’m paying my dues, and selling the most merch they’ve got. What am I doing? I’m building my brand before I even take the ring. I’m shaking hands with everyone in Florida, selling these t-shirts. Now they know the guy from the merch stands, and when I have a match they maybe remember me. All the other wrestlers have to watch it from the back, behind the curtain at the monitor, because that’s the stigma. You gotta be a star right? me, I’m not even a wrestler yet. I’m not a star, I’m making $600 a week.”

Enzo Amore certainly stepped out of the role of merchandise seller at events because his merchandise quickly became one of the hottest sellers at the table. He almost lost his job on several occasions and eventually was released over allegations that turned out to be cooked-up. You have to wonder how Amore’s time in WWE would have been different if Triple H didn’t have such a hands-on role with his character.

Thanks to Title Match Wrestling for the quote