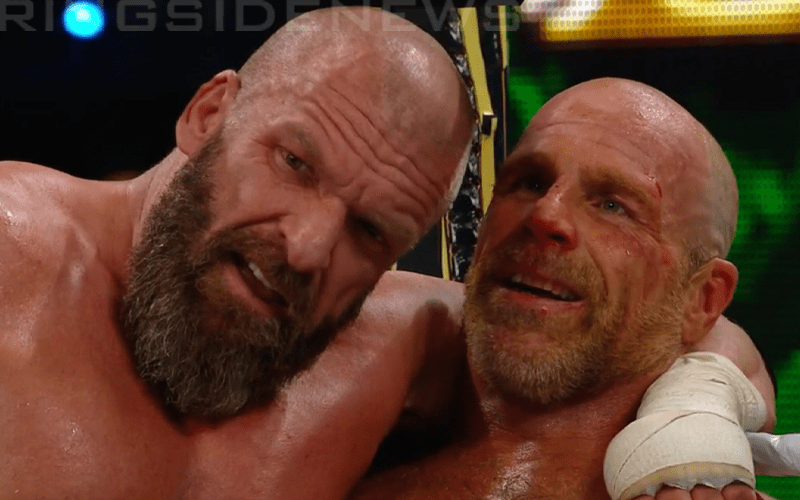 Triple H was injured at WWE Crown Jewel doing a spot over the turnbuckle that he had performed countless times in the past. That time The Game tore his pec and forced Shawn Michaels to wrestle The Undertaker and Kane pretty much on his own for the remainder of the match.

Shawn Michaels returned to the ring to reform D-Generation X for one night only in Saudi Arabia. He will also soon be a two-time WWE Hall Of Famer after DX’s induction. However, that does not mean a return to the ring is going to happen.

Wrestle Votes recently said that Triple H’s injury changed how HBK felt about wrestling again. You can never say never, but when asked if fans will see Shawn Michaels compete at WrestleMania, he had the following reply:

Very slim now. That HHH injury in Saudi changed a lot in his eyes.

If Shawn Michaels’ last match is in Saudi Arabia then maybe that is for the best. After all, it wasn’t a stellar performance on anyone’s part as the referee was the youngest man in the ring.

WWE also won’t likely be including that match in any retrospective collections either seeing how controversial the WWE Crown Jewel event was in the first place.