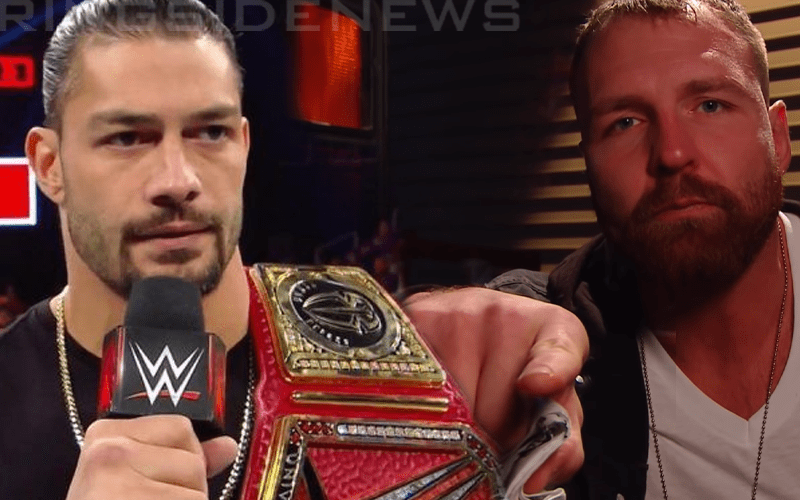 WWE made some very interesting creative decisions after Roman Reigns’ medical hiatus. They scripted Dean Ambrose to turn on Seth Rollins on the night Roman revealed he was leaving due to leukemia and then followed it up with weeks of mentioning The Big Dog’s illness.

At one point, Dean Ambrose said something in the way of “Roman Reigns must answer for his sins,” which was especially jarring. Needless to say, the WWE Universe didn’t appreciate this one bit and it created a heel in the wrong way.

While recently speaking to Yahoo Sports, Roman Reigns revealed how he felt about WWE using his leukemia to further their stories.

At the time nobody knew that Roman Reigns’ recovery would be miraculous and only take four months. Therefore, The Big Dog understood that the show must go on. There was still a part of him — Joe Anoa’i — that was kind of bothered by this creative direction.

“That’s where it’s hard. The majority of the time, we’re just factoring in Roman, the character, but who I really am, Joe, was all over that first segment. We really broke the fourth wall down and it was so real it changed the dynamic of the crowd and emotion. It’s like hitting a wall almost in a car wreck, getting that kind of news.

“For me, Joe, it was hard to tell, but as Roman, I just thought ‘next man up’ like in any professional sport or form of entertainment, the show must go on. I felt comfortable with that fact that we need to continue to entertain our fans, push these storylines and our product. As long as I was on board with it, it wasn’t going to be tasteless. I think it came off great, it had such a huge impact that night.”

Thankfully, Roman Reigns is back, but WWE changed a lot in the past four months. Dean Ambrose is now on his way out of WWE and the company is making no secret of that either. Reigns could convince Ambrose to stay, but he hasn’t received much of a chance to do so yet.

Fox is encouraging WWE to ignore the PC culture and move back to edgier content. Only time will tell if this means that there will once again be an open season on fodder to use for heat, but we are certainly glad that they decided to tone down the references to The Big Dog’s leukemia.

However, devolving Dean Ambrose’s heel persona into someone who is just disgusted with the way cities smell could have been the kind of hokey promos that encouraged The Lunatic Fringe’s departure.